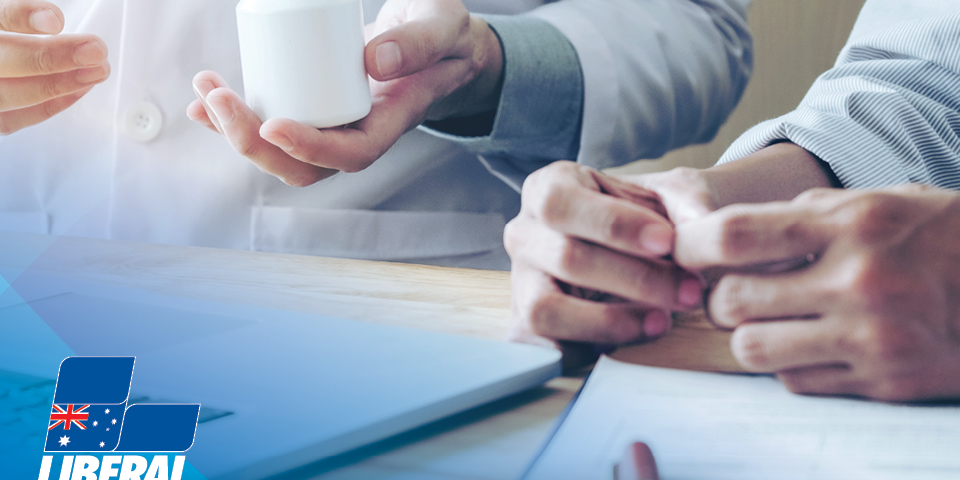 Mr Vasta said, “From December 1, eligible patients throughout the region with certain forms of leukaemia, advanced tumours of the intestine and pancreas, melanoma, bowel cancer and ovarian cancer will save up to $100,000 a year.”

“Once subsidised under the PBS, patients will pay 39.50 per script or just $6.40 a script for concessional patients,” Mr Vasta said.

“Our Government’s strong economic management means we are providing Australian patients with access to life-saving and life-changing medicines quicker than ever before.”

Rydapt is an oral, targeted therapy that interrupts a cancer cells’ ability to grow and multiply and will be made available for people with AML who have a specific genetic mutation called FLT3.

The Pharmaceutical Benefits Advisory Committee considered there was a high unmet clinical need for this aggressive and debilitating condition and that combining these medicines may improve outcomes for some patients.

Currently, around 800 patients per year access ipilimumab on its own for this condition.  This listing will mean these patients can access the combination treatment if their doctor believes it would be a more effective treatment option for them. It would cost over $100,000 per course of treatment without subsidy.

Lynparza inhibits the growth and spread of cancer cells in the body and is currently used by more than 200 women per year. Without PBS subsidy this medicine would otherwise cost around $90,000 per year.

Minister for Health, Greg Hunt said, “These new and amended PBS listings were all recommended by the independent expert Pharmaceutical Benefits Advisory Committee.”

“The Committee is independent of Government by law and in practice. By law the Federal Government cannot list a new medicine without a positive recommendation from PBAC.”

“Unlike Labor, we are subsidising all drugs recommended by the independent medical experts.”

“Since coming into Government, the Coalition has helped improve the health of Australians by subsidising around $10 billion worth of new medicines.”

“Our commitment to the PBS is rock solid. Together with Medicare, it is a foundation of our world-class health care system,” Minister Hunt said.