$12 MILLION TO BOOST IMMUNISATION FOR ABORIGINAL AND TORRES STRAIT CHILDREN 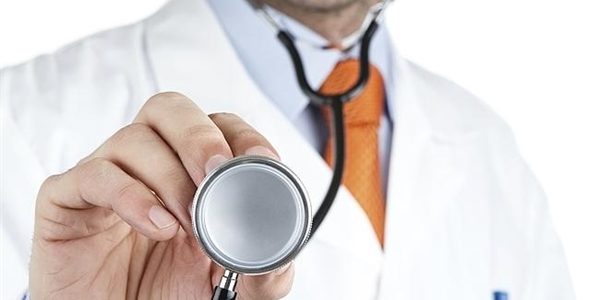 The Liberal National Government will ensure 170,000 Aboriginal and Torres Strait Islander children and adolescents are vaccinated against the flu for free and additionally provide a $12 million to boost a national immunisation education campaign.

Member for Bonner Ross Vasta welcomed the announcement and said seasonal influenza vaccines will be available at no cost through the National Immunisation Program for Aboriginal and Torres Strait Islander children and adolescents for the first time.

“As a result of this measure, almost 170,000 Aboriginal and Torres Strait Islander children and adolescents aged five to 14 years of age will now be able to access an influenza vaccine at no cost,” Mr Vasta said.

“Aboriginal and Torres Strait Islander people experience a significantly higher burden from influenza infection and are much more likely to be hospitalised with this disease.”

“This means all Aboriginal and Torres Strait Islander children 6 months of age to 14 year olds in Bonner will now be able to receive a seasonal influenza vaccine at no cost through our national program, making it easier for parents and providers.”

This announcement follows a recommendation from the independent medical experts at the Pharmaceutical Benefits Advisory Committee (PBAC) and contributes to our Government’s Close the Gap agenda.

Making a further announcement, Minister for Health, Greg Hunt said an additional $12 million will be spent over the next three years to expand the reach of the successful Get the Facts about immunisation campaign.

“The current campaign will be expanded into national television advertising to raise awareness of the benefits and importance of immunisation,” Minister Hunt said.

“This brings the total investment in this campaign to $20 million over six years, and shows our Government’s commitment to supporting parents make informed decisions by providing evidence based information about immunisation.”

The campaign was launch in 2017 by our Government to encourage Australian parents and carers to get their kids vaccinated.

“In addition, I am pleased to release the National Immunisation Strategy 2019–24,” Minister Hunt said.

“The strategy builds upon the success of the first National Immunisation Strategy 2013–18 and articulates a vision for improving immunisation outcomes shared with states and key stakeholders.”

“The Strategy has been agreed by all health ministers, showing a strong national approach to immunisation in Australia.”

“It has eight priority areas for action by governments, health providers and the community, to complement and strengthen the National Immunisation Program with the aim of maximising immunisation coverage in people of all ages.”

“I am proud to say that Australia’s child immunisation rates are at record levels. The latest data shows the nationwide immunisation rate for five-year-olds was 94.62 per cent, which is the highest figure on record. This is very close to the 95 per cent herd immunity we aim to achieve,” Minister Hunt said.

More than 96.6 per cent of Aboriginal and Torres Strait Islander five year olds were immunised, which is well above the national average.

Last year, the Liberal National Government increased protection for Australians from vaccine preventable diseases with the addition of a number of new vaccines on the National Immunisation Program.

Young Australians now receive better protection against Human papillomavirus, with the introduction of a new vaccine protecting against 9 types of the virus.

People aged over 65 were able to access new, advanced seasonal influenza vaccines, fast-tracked to be available for the 2018 flu season.

From 1 July 2018, expectant mothers were able to protect themselves and their new born babies against whooping cough with the listing of the pertussis vaccines – a $39.5 million investment.

Also from 1 July 2018, every 12 month old in the country is now offered a free A, C, W and Y meningococcal vaccine.

The Government has already committed $52 million over four years for students aged 14 to 16 years in Year 10 to receive the meningococcal A, C, W and Y vaccine from April this year under a school–based program, with an ongoing catch up program for young adults aged 15 to 19 through general practice and other vaccination providers.

Immunisation not only protects you, but others in the community, by reducing the spread of preventable diseases.

The Liberal National Government has invested $446.5 million in the National Immunisation Program this financial year. We look to the future to ensure we continue to guard Australians.

The new National Immunisation Strategy 2019–24 can be accessed at: https://beta.health.gov.au/resources/publications/national-immunisation-strategy-for-australia-2019-to-2024