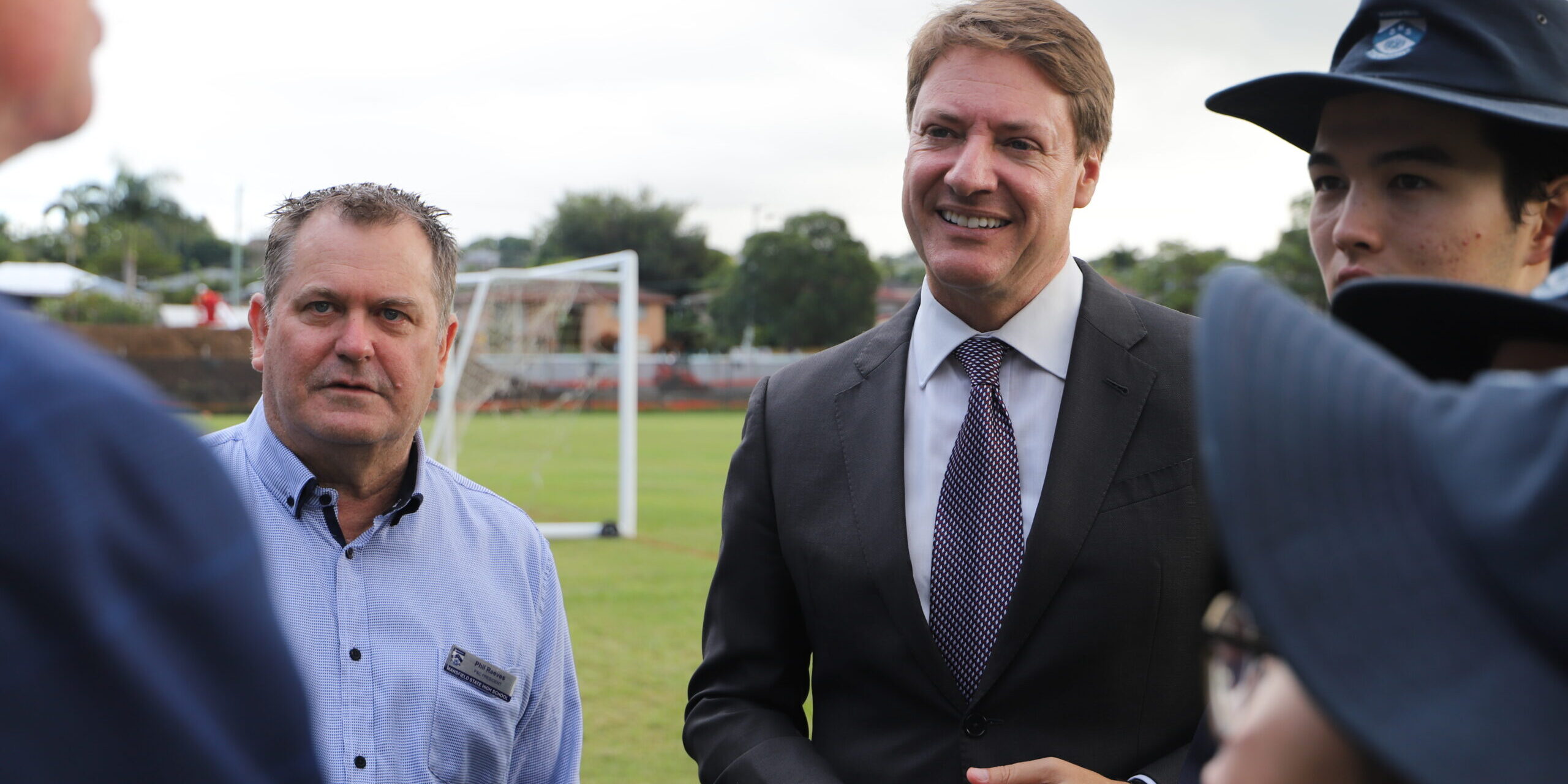 Announcing the funding commitment during the school’s P&C candidates forum, Federal Member for Bonner Ross Vasta MP said he was very pleased to secure the funding to support the growing state high school.

“The Mansfield State High School P&C have been very committed to making this project happen and I am so pleased to secure the funding to support this project with $3.89 million,” Mr Vasta said.

“Mansfield State High School is not only Queensland’s second largest secondary school, but also one of the state’s highest performing schools.

“I am proud to be part of a government that is not only delivering record funding for government schools, which has nearly doubled since we came into government from $13 billion in 2013, to $25.3 billion in 2022, but also supporting our P&C’s which support the enhancement of school facilities.”

“The multi-purpose facility at Mansfield State High School will help set students on a path to achieving their sporting dreams. This has never been more important as Queenslanders and young local athletes in particular look ahead to the Brisbane 2032 Olympic and Paralympic Games,” Minister Colbeck said.

“We also know how sport and good local facilities can bring people together. This commitment from the Morrison Government will ensure a strong sporting future for Mansfield.”

“This investment will go directly into expanding our multi-purpose sport centre, which will be used by school students and community groups alike,” Mrs Tanks said.

“Mansfield State High School has 3340 students and is one of the largest secondary schools in Australia.

“In conjunction with Mansfield State School, we form one of the largest state educational precincts in the country.”

Mansfield SHS P&C president Phil Reeves said the multipurpose sports facility not only benefited the school and students, but the wider Mansfield community.

“We are really appreciative that Ross came and met with the P&C and listen to our representation and now he has been able to get an election commitment for Stage 2,” Mr Reeves said.

“This Stage 2 project will increase the facility from 2 more full size indoor courts which would allow for centre to have a total of 8 volleyball courts or 4 basketball/netball/futsal courts.

“Stage 2 will be a big bonus for the school and its students, a boom for local sports and their players, and a bonanza for the health and educational outcomes for the community.”