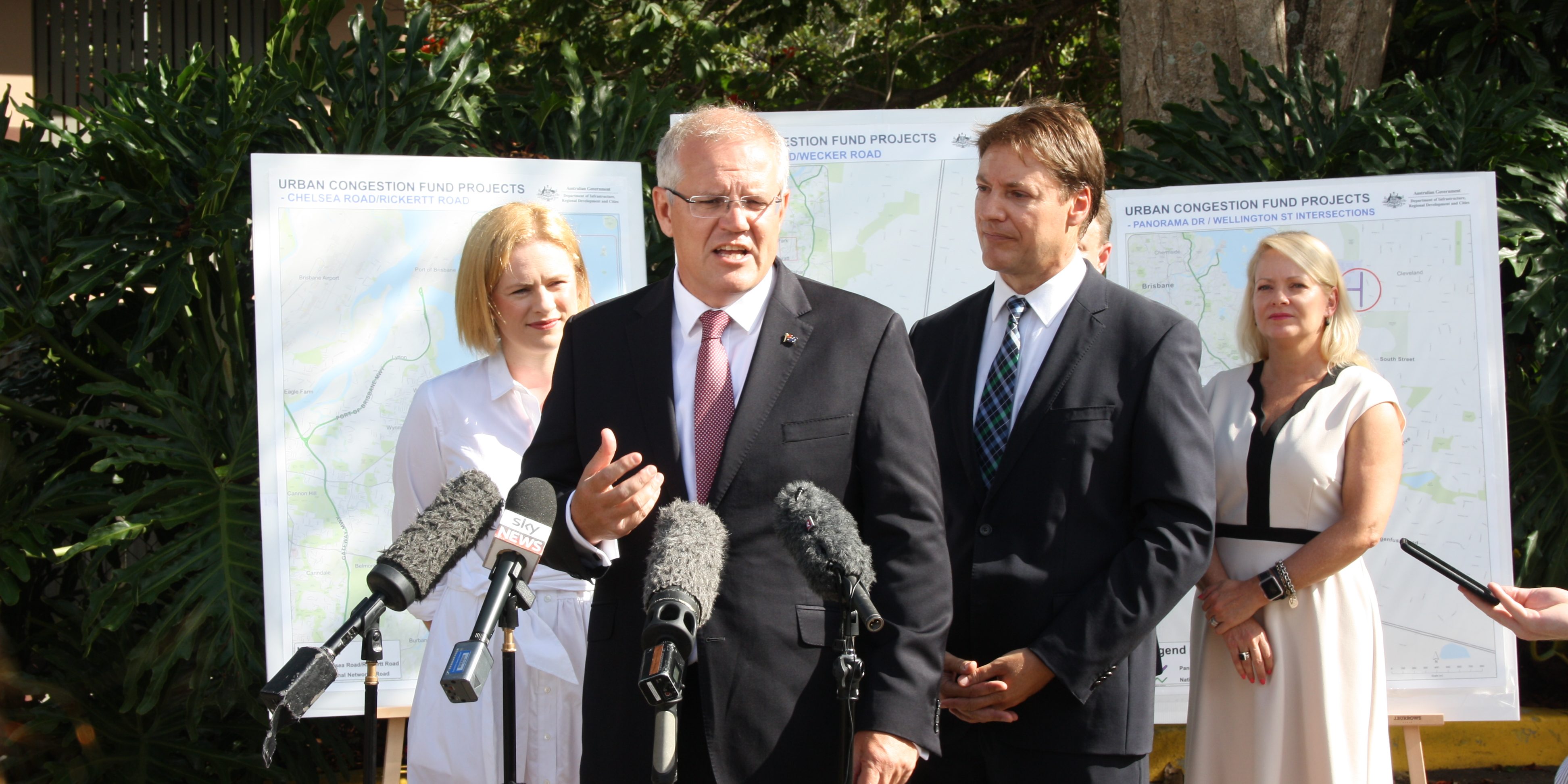 Prime Minister Scott Morrison said the $1 billion Urban Congestion Fund would be put to work in the Bonner electorate, upgrading roads and fixing trouble spots in the area.

“Better roads get us all home faster. They make it easier to commute, easier to do business and easier to live in our cities,” the Prime Minister said.

“Throughout Queensland and Australia we are building roads and tackling trouble spots so you can get home sooner and safer.

“Getting stuck in traffic means you miss dinner with loved ones, or you can’t help the kids with homework, I want to give that time back to hardworking families.”

The Morrison Government is also spending $12 million to upgrade the Newnham Road and Wecker Road intersection in Mount Gravatt, which is listed as one of the top five worst intersections in the state.

The Newnham Road and Wecker Road intersection has been the site of seven serious crashes and nine serious casualties between 2014 and 2017.

Federal Member for Bonner, Ross Vasta, said he had heard from several people who had witnessed or been involved in near misses and crashes at the intersection.

“Hundreds of commuters go through here every day and students pass through on the way to Mt Gravatt East State School,” Mr Vasta said.

“Over 1500 people signed my community petition to fix the intersection, which is an amazing result. Thanks to their support, the Liberal and Nationals Government has agreed to fully fund an upgrade for the intersection that will save lives and get people home sooner and safer.”

An additional $6 million will be spent on safety improvements at the intersection of Rickertt Road and Chelsea Road in Ransome.

Minister for Cities, Urban Infrastructure and Population Alan Tudge said estimates put the cost of congestion in Australia’s capital cities at $25 billion per year in 2017-18, projected to increase to $40 billion per year by 2030.

“This is as much about hitting those local traffic headaches as it is about the major highways and providing a safer journey home for motorists.”