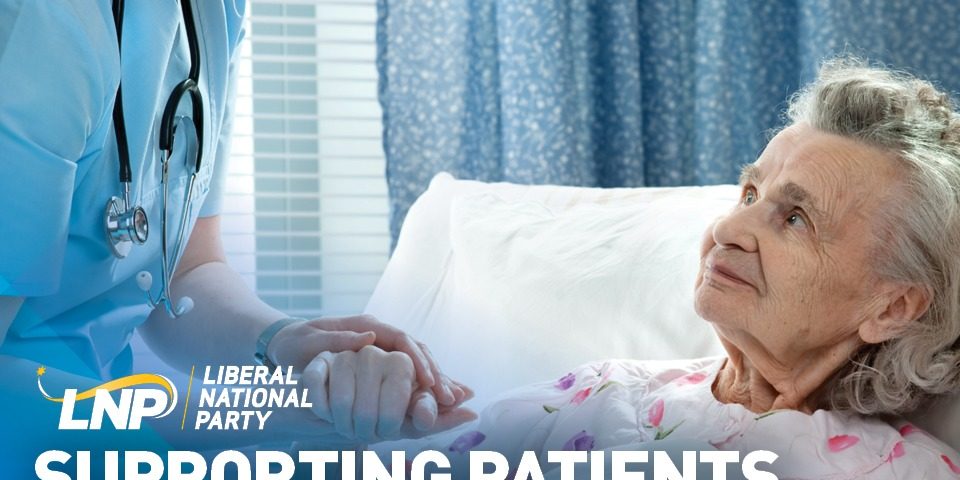 The Liberal National Government is making a significant investment of $36.8 million for Parkinson’s medical research through the Garvan Institute’s Australian Parkinson Mission and in Parkinson’s nurses to improve the life of people living with the disease and ultimately to find a cure for this devastating condition.

Federal Member for Bonner Ross Vasta said Parkinson’s disease is recognised as the second most common neurodegenerative disorder in Australia.

“More than 100,000 Australians endure its progressive and debilitating symptoms – and without a medical breakthrough, this number is expected to double in 15 years,” Mr Vasta said.

“Our Government is providing $30 million over five years to the Garvan Institute of Medical Research to trial promising drugs to reduce the progression of the disease and allow people in Bonner to live in their homes longer.”

Up to 1,000 Australians from Victoria, NSW and Queensland living with Parkinson’s will test the effectiveness of four repurposed drugs, revolutionising our understanding of Parkinson’s, identifying new treatment targets and discovering new drugs.

Minister for Health, Greg Hunt said the $30 million in funding comes from our landmark Medical Research Future Fund, which is giving unprecedented support to the best and brightest minds from our research community.

“The MRFF is an endowment fund, which will mature at $20 billion, providing a sustainable source of funding for vital medical research.”

“It is the single largest boost in health and medical research funding in Australia’s history.”

“The fund will double Australia’s investment in health and medical research and further enhance our global reputation for research excellence.”

A further $6.8 million over four years will be provided to Primary Health Networks to improve access to specialised nursing care in the community for people living with movement disorders, including Parkinson’s disease.

“The specialist nurses would fulfil a range of roles including providing clinical care to patients, coordinating timely access to community based care to manage acute and chronic health problems and delivery of education and information.”

The Australian Parkinson’s Mission is an international research collaboration between the Garvan Institute of Medical Research, Shake it Up Australia Foundation, The Cure Parkinson’s Trust, Michael J Fox Foundation and Parkinson’s Australia.

A successful Australian Parkinson’s Mission will mean that Australian patients and their families will be the first to benefit from the future of precision medicine for Parkinson’s.

The mission will be rolled out nationally through leading capital city centres and extended into regional Australia, where possible, via a hub and spoke model.