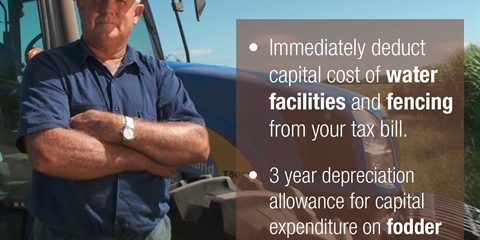 Federal Member for Bonner, Ross Vasta has welcomed a further Budget boost to communities hit by the drought, taking the total value of measures available in this year’s Budget to more than $400 million.

In addition to the $333 million announced at the weekend, the Commonwealth will provide $70 million to assist primary producers claim accelerated depreciation for water facilities, fodder storage and fencing from 1 July 2016.

“Drought is part of the landscape in Bonner and whilst some areas continue to battle severe conditions, as a nation we must better prepare for drought in the long term,” Mr Vasta said.

“The accelerated depreciation measures as well as the immediate response package announced at the weekend by the Prime Minister are vital and welcome.”

“Droughts don’t last forever–so we need to keep as many people in jobs and families on properties while it continues.”

“This assistance is as much an investment in our region’s future as it is support for us today.”

“This is about local jobs, local spending and keeping our towns and communities going through these tough times.”

Mr Vasta said the $70 million in depreciation measures was in addition to other measures already announced as part of the Budget:

• $25 million to manage pest animals and weeds in drought-affected areas;

• $1.8 million for additional rural financial counsellors in drought-affected areas; and

“This assistance builds on the existing Commonwealth support to farmers experiencing hardship which is currently flowing to over 4,800 farmers or their partners,” Mr Vasta said.

For information on the new drought support measures go to www.agriculture.gov.au/drought.