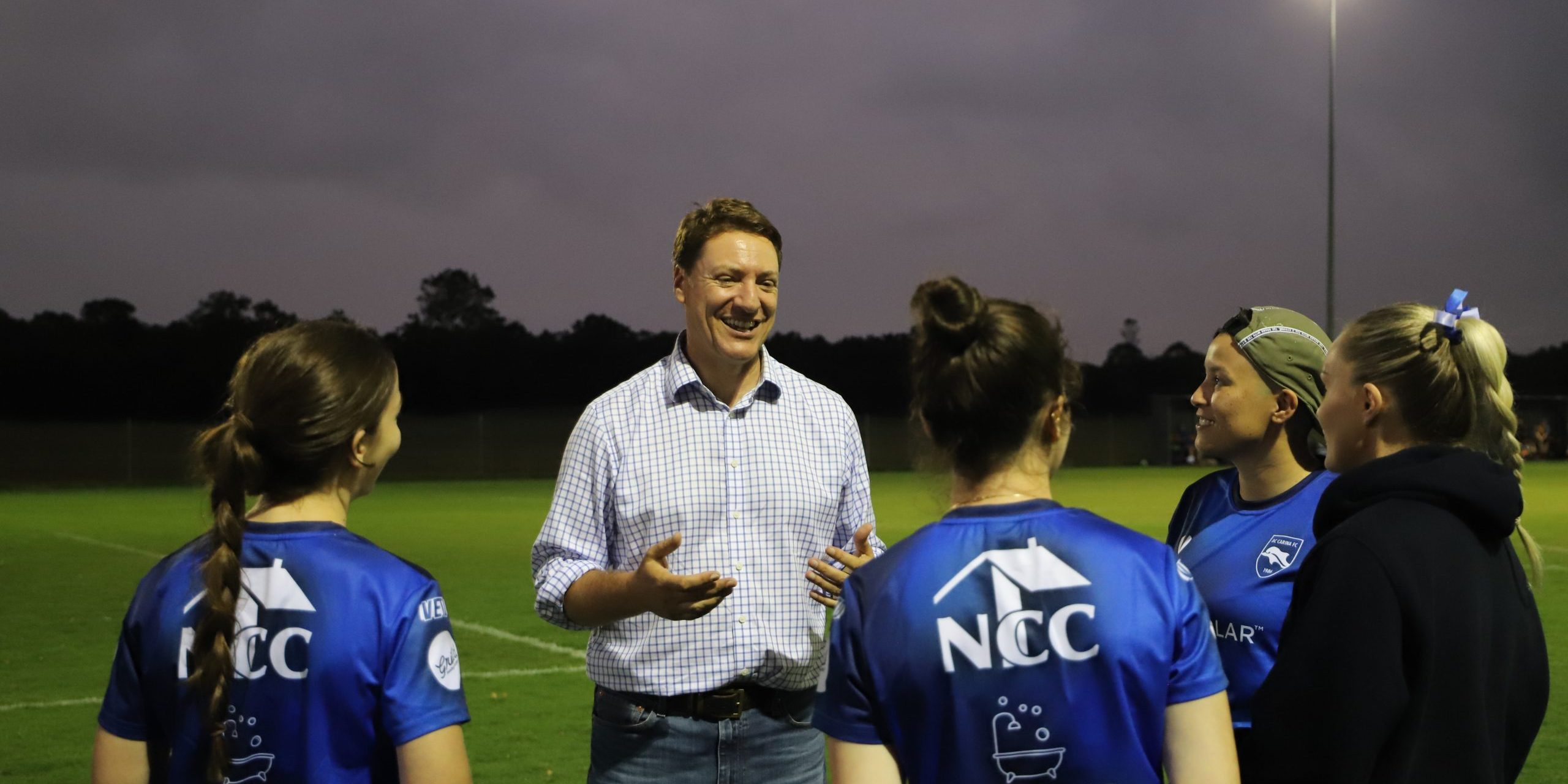 A re-elected Morrison Government will deliver a $600,000 investment to AC Carina Football Club to install women’s change rooms, new lighting and an upgrade to its grandstand.

Federal Member for Bonner Ross Vasta MP said the club’s women’s program had grown stronger each year and a women’s changeroom had been on the agenda for a while.

“AC Carina featured in two grand finals in the Brisbane Women’s Premier League in 2021 and have also teamed up with an Indigenous Women’s team Jiinda Magic, who will also be using their facilities,” Mr Vasta said.

“I am so pleased to have secured this funding to deliver a women’s change room which will be well utilised as the club continues to grow.”

Mr Vasta said the funding would also support the installation of new lighting and upgrades to the grandstand.

“The club is committed to providing better facilities for our community members and I share their vision to grow and provide new and improved facilities for Bonner’s football fans to enjoy,” Mr Vasta said.

“We have had a huge increase in female footballers over the past few years and we would love to build on that into the future,” Mr Certoma said.

“Ross’ commitment to our club will ensure we progress with the needs and wants of our members and local community at the forefront of these plans.

“The lighting upgrade will allow us to replace all current lights with LED fittings which will provide a safer and brighter facility for both training and games.

“The facilities upgrade will allow us to create comfortable and modern spaces for our growing club, especially that of our women’s program.”

Mr Certoma said the club’s women’s program had seen huge changes over the past few seasons with a significant increase in senior women’s teams and the introduction of a framework that will see the support of increased junior female participation.

“With the landscape of football evolving, the surrounding house and golf course developments and the FIFA Women’s World Cup in 2022, this is the perfect time to look forward to the future of AC Carina Football Club.

“We are so pleased and thankful that Ross has supported our plans with a $600,000 commitment.”

Only the Morrison Government will continue to deliver a better future for Bonner as part of our plan to build a strong economy and a stronger future.