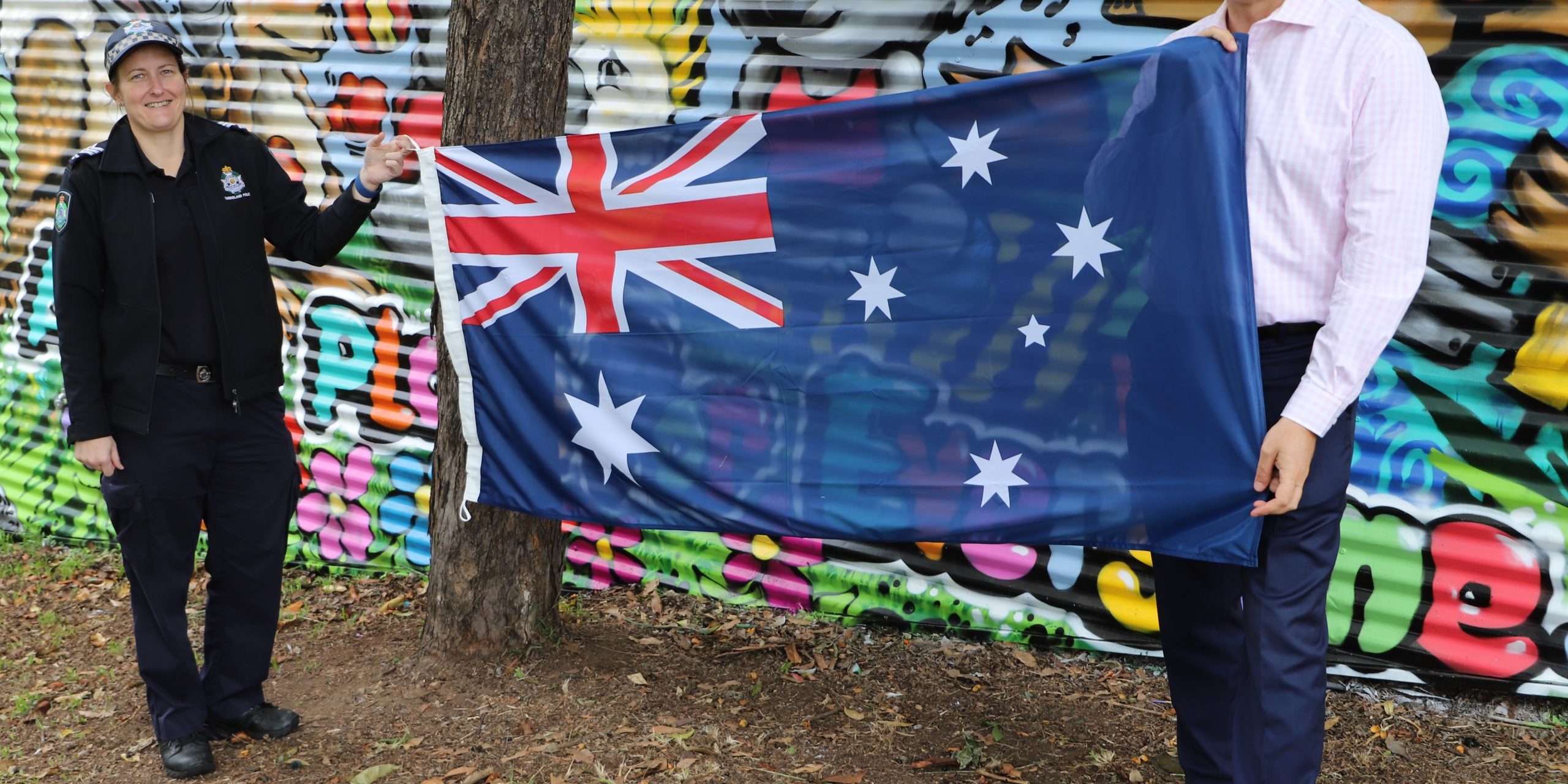 Today marks 120 years since the Australian National Flag was first officially flown at the Royal Exhibition Building in Melbourne – the site of Australia’s first Parliament.

Australia’s National Flag was chosen from the nearly 33,000 designs submitted as part of an international competition. On 3 September 1901, Australia’s Prime Minister, Sir Edmund Barton, announced the five winning entrants – all of whom submitted virtually the same design! The key elements of their designs were used to develop the Australian Flag we know and respect today.

Federal Member for Bonner Ross Vasta MP said the 120th anniversary of Australia’s National Flag is a poignant reminder of our nation’s strength as we face one of our most challenging periods.

“Our national flag is a symbol of great importance and under it we come together in strength and unity as Australians. It is fitting we use this historic day to acknowledge our rich and diverse national history and look with optimism to the future,” said Mr Vasta.

“I frequently have the great privilege of presenting the Australian flag to schools, community groups, local events and individuals across Bonner. It is always special to see people of all ages parade this flag with pride.

“On National Flag Day, I encourage everyone in Bonner to pause and reflect on our flag — the nation it represents, and the people it unites.

“In what has been the most unprecedented of times, today is an opportunity for all Australians to celebrate our rich, national history and take a moment to reflect upon what our iconic flag represents.”

To learn more about the Australian National Flag visit www.pmc.gov.au/flag.