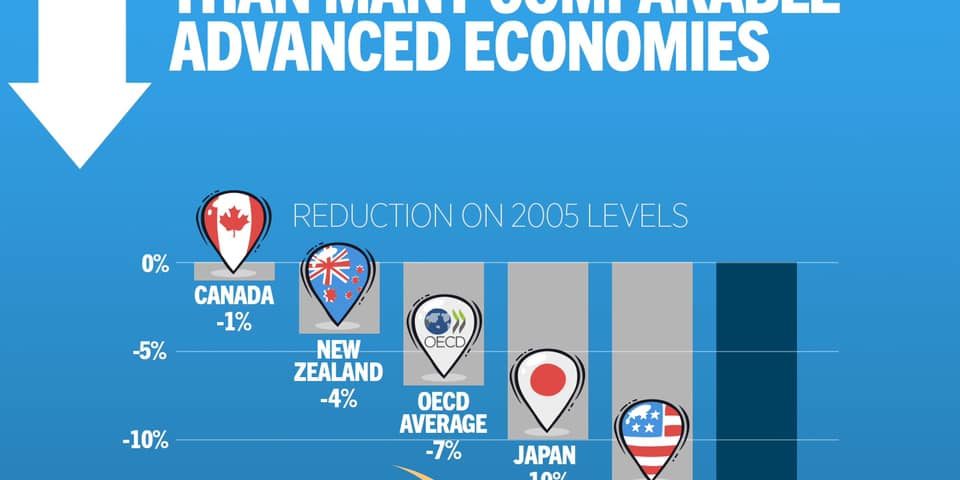 The Morrison Government will act in a practical, responsible way to deliver net zero emissions by 2050 while preserving Australian jobs and generating new opportunities for industries and regional Australia.

The technology-driven plan sets out a credible pathway to net zero by 2050, while preserving our existing industries, establishing Australia as a leader in low emissions technologies, and positioning our regions to prosper.

The Plan is based on our existing policies and will be guided by five principles that will ensure Australia’s shift to a net zero economy will not put industries, regions or jobs at risk.

The principles are: technology not taxes; expand choices not mandates; drive down the cost of a range of new technologies; keep energy prices down with affordable and reliable power; and, be accountable for progress.

The Plan focuses on driving down technology costs and accelerating their deployment at scale across the economy.

Over the next decade, our existing $20 billion investment in low emissions technology is expected to unlock at least $80 billion of total private and public investment, including in clean hydrogen, carbon capture and storage and energy storage.

The Plan also identifies the potential for continued technology advances and breakthroughs to unlock ultra low‑cost solar. As part of the annual update to the Technology Investment Roadmap, we have set a stretch goal of solar electricity generation at $15 per megawatt hour (MWh). Australia is a world leader in renewable energy, and cheap, clean electricity is integral to lowering emissions in the electricity sector and other industries in Australia.

It recognises the role future technology breakthroughs will play in closing the gap, with new and emerging technologies to reduce emissions by a further 15 per cent by 2050.

The Plan rules out taxes or a legislated mechanism, because these regressive approaches would impose costs on households, businesses and regions least able to afford them.

It includes five-yearly reviews that will enable us to evaluate progress and adapt to advances in technology.

“The Plan will deliver results through technology, not taxes. It respects people’s choice, and will not force mandates on what people can do or buy. It guarantees that we keep downward pressure on energy prices and secures reliable power. It will ensure Australia continues to serve traditional markets, while taking advantage of new economic opportunities.

“Australia will continue to build on our record of reducing emissions and achieve our targets in the Australian way.”

“Our Plan continues the policies that we have already put in place and that we know have worked.”
“Our technology-driven approach will continue our strong emissions reduction record while preserving traditional industries and establishing Australia as a leader in emerging low emissions technologies.”

Minister Taylor said Australia’s emissions reduction story had been one of consistent achievement, and the Plan had been designed for Australia.

“Our Plan continues the policies and initiatives that we have already put in place and that have proven to be successful, while preserving existing industries and jobs, and supporting regional Australia,” Minister Taylor said.  “It will not shut down coal or gas production, or require displacement of productive agricultural land.

“Between 2005 and 2021, Australia’s emissions fell by 20.8 per cent, outpacing the reductions of the United States, Canada and New Zealand, and every other major commodity exporting nation in the world. The most recent forecast shows we will cut our emissions by up to 35 per cent by 2030.

“Under our Plan, the Technology Investment Roadmap and global trends will see Australia reduce its emissions by 85 per cent by 2050. We are committed to closing the gap to net zero over the next three decades in a way that is consistent with Liberal Party and National Party values.

“Our Plan is built on a set of key principles; the most important being technology, not taxes. Unlike Labor, we won’t introduce a carbon tax that drives Australian jobs overseas and punishes the most vulnerable in our community through higher prices for electricity and other essentials.”

Latest official projections released today show Australia is on track to reduce emissions by up to 35 per cent by 2030, well above our target of 26-28 per cent.

The Plan will maintain this momentum. 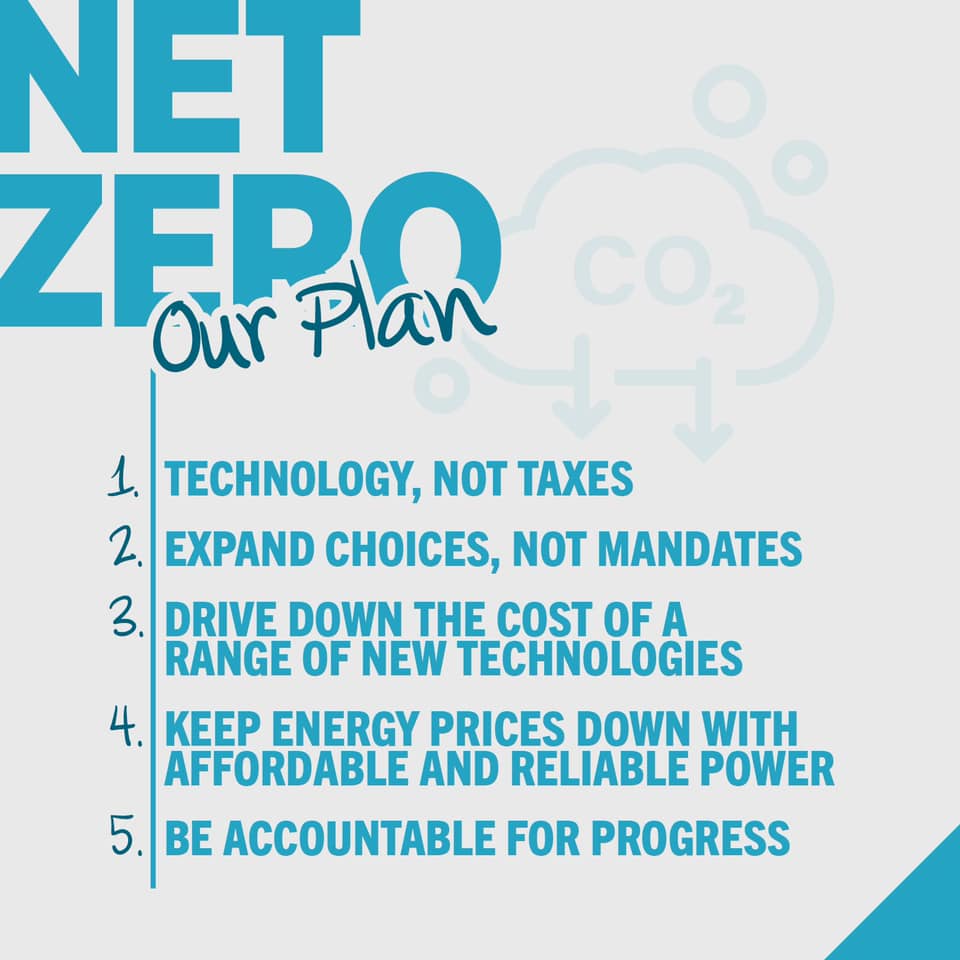 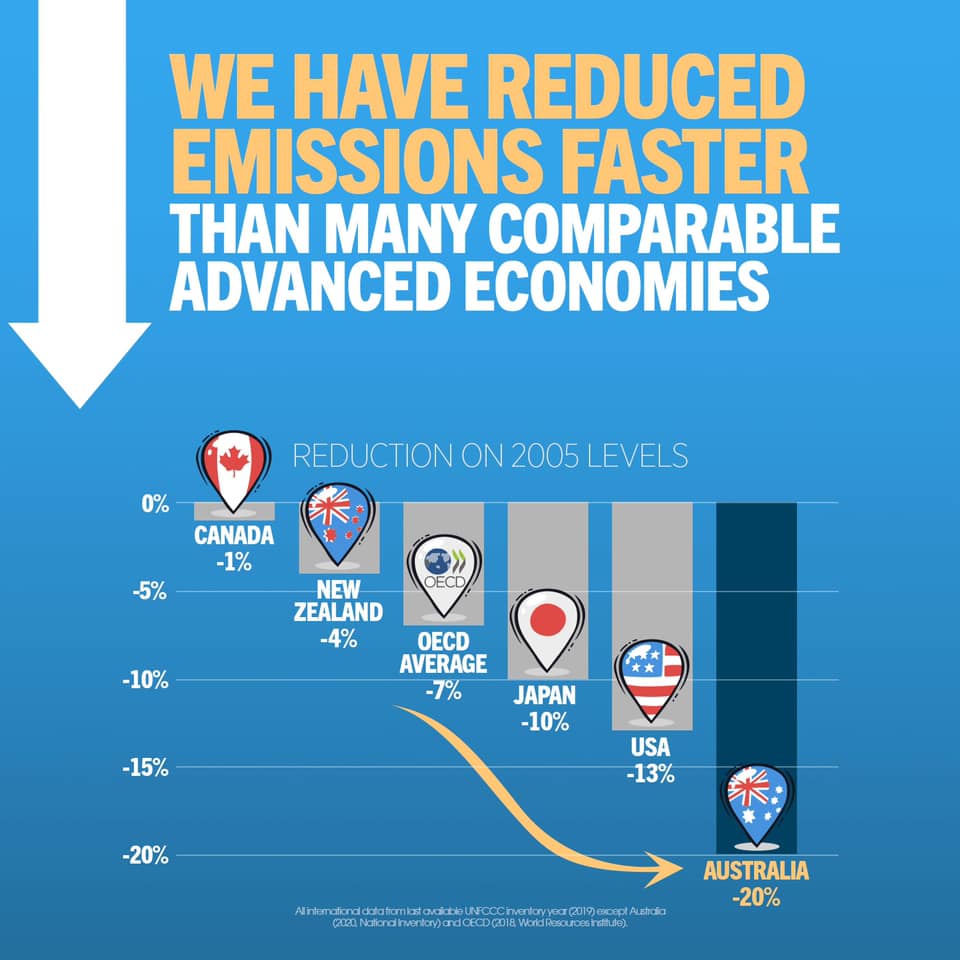