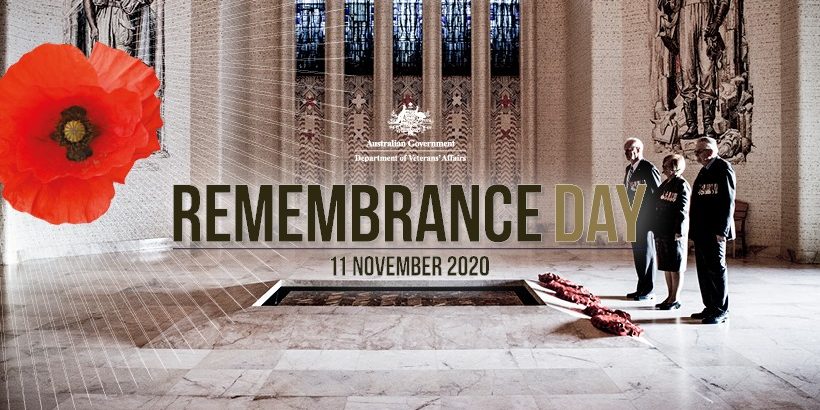 The Bonner community will stand in silent reflection and remembrance of the sacrifice of our fallen man and women who gave their lives in wars, conflicts and peacekeeping operations this Remembrance Day.

Federal Member for Bonner Ross Vasta MP said for more than a century Australians had paused at 11am on 11 November to acknowledge our fallen service men and women.

“Remembrance Day is one of the most important days of our year as it represents a time where Australians can stand together with our service personnel and veterans to remember those who have lost their lives in wars, conflicts and peacekeeping,” Mr Vasta said.

“Originally known as Armistice Day, this day was in commemoration of the moment the guns of the Western Front fell silent on 11 November 1918 at 11 am.

“Just over 20 years later, Australia joined the Second World War, during which more than 39,000 Australians gave their lives. It was after the wars ended that 11 November became known as Remembrance Day.”

Tragically, over a century of service in wars, conflicts or peacekeeping operations, more than 102,000 Australian men and women have now made the ultimate sacrifice for our country.

This Remembrance Day wear a red poppy to show they will never be forgotten.

Mr Vasta said on Remembrance Day we remember all our fallen service personnel and the sacrifices they have made, including the many locals who have served.

“It is incredibly important to continue the tradition of pausing in remembrance and respect of our fallen defence personnel, now and into the future,” Mr Vasta said.

“I encourage all members of the Bonner community to mark this day in a solemn and dignified manner by partaking in the minutes silence, or attending one of the local services.”

Remembrance Day Services in Bonner include:

This Remembrance Day, wear a red poppy in remembrance of our fallen.Along with the red poppy, the veteran community are encouraged to wear their Veteran Lapel Pin or Reservist Lapel Pin, provided as part of the Australian Defence Veterans’ Covenant, as a way to readily identify service to our nation through the defence force.

Australians are encouraged to share their personal commemorations on social media by using the #RemembranceDay. For more information about Remembrance Day, visit the Anzac Portal.