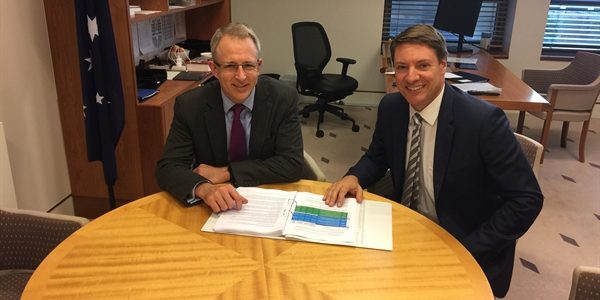 A multi-million dollar roads package reached between the Australian and Queensland governments will help reduce congestion and time out on the road for commuters from the Bonner area, Federal Member for Bonner, Ross Vasta said today.

“I’m pleased to see the Federal and State governments have come to an agreement and have committed more than half a billion dollars in funding for major road infrastructure projects in South-East Queensland and Central Queensland,” Mr Vasta said.

“This includes long-awaited upgrades for the M1, in particular the widening of the M1 from four to five lanes from the Gateway Motorway merge past the Rochedale Road off-ramp at Eight Mile Plains.

“I have had many constituents who use the off-ramp share with me their frustrations over congestion in the area. I’m happy to be able to tell them that the vital upgrade of this section is now due to begin before the end of the year.”

Early works on the M1 Gateway Merge project are expected to commence in November 2017 with major construction to begin following the Commonwealth Games.

• Six-laning of the Pacific Motorway (M1) – Mudgeeraba to Varsity Lakes
• Construction of the Walkerston bypass near Mackay
• Upgrading of the Mt Lindesay Highway between Browns Plains and Beaudesert
• Funding for the planning of the M1 – Varsity Lakes to Tugun.