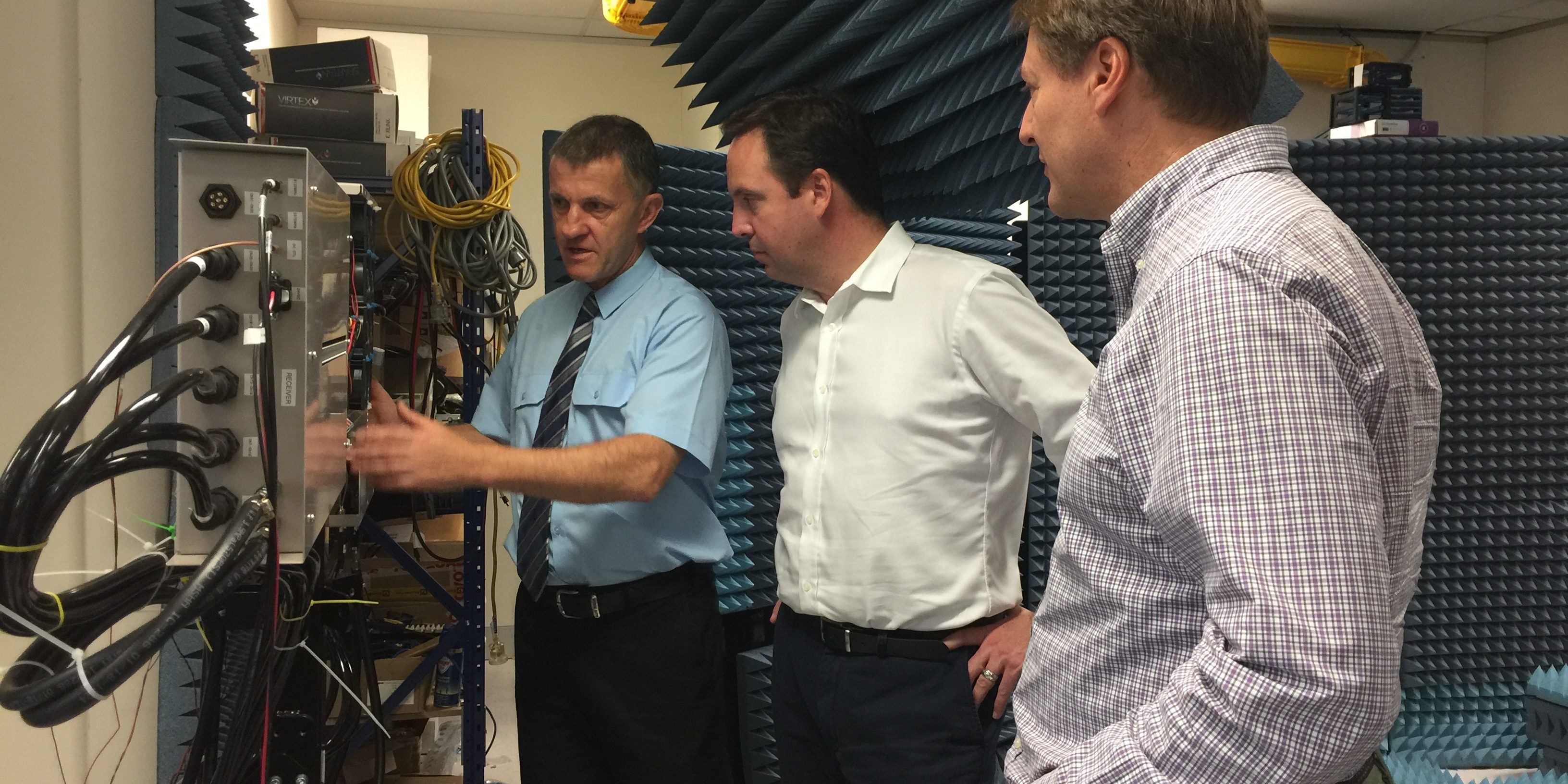 Bonner MP Ross Vasta and the Minister for Defence Industry the Hon Steven Ciobo recently visited Teledyne Technologies in Eight Mile Plains and BMD at the Port of Brisbane, to see how a stronger economy under the Liberal National Government has allowed greater investment by small and medium sized companies to create jobs the local community.

Mr Vasta said investment in supporting cutting edge technologies will better protect troops putting their lives on the line for our country.

“Once built and tested, this device will attach to military vehicles to detect roadside IED’s. At the moment, the only way to find these explosives requires soldiers to scan the environment on foot, which is extremely dangerous,” he said.

“We’re investing $200 billion in our Defence capability to keep Australia safe and to grow our industry and economy,” he said.

“BMD is a great example of Queensland businesses enjoying incredible success as a result of our investment in defence capability.”