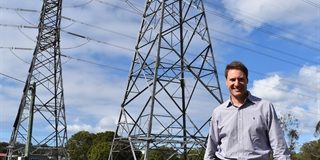 Member for Bonner Ross Vasta together with the Minister for Communications Mitch Fifield today announced that a re-elected Turnbull Coalition Team will deliver improved mobile phone coverage in Belmont, Burbank, Moreton Island and Gumdale, as part of an additional $60 million commitment to extend the successful Mobile Black Spot Programme.

“I am pleased that under Round 1 of the Mobile Black Spot Programme, the electorate of Bonner will receive new mobile coverage to one mobile black spot area nominated by the public, with the results of Round 2 to be announced in the second half of 2016.

“The Turnbull Coalition Team understands the importance of mobile coverage in regional and remote areas of Australia and that is why we are committing an additional $60 million on top of the $160 million already invested in mobile black spots, bringing the Coalition’s total investment to $220 million,” Mr Vasta said.

To date, the Mobile Black Spots Programme has committed to 499 new or upgraded base stations covering around 3,000 black spots, which is the most significant one-time increase in mobile network coverage to regional and remote Australia.

Minister Fifield said the Coalition is committed to improving mobile coverage along major transport routes, in small communities and in locations prone to experiencing natural disasters, as well as addressing unique mobile coverage problems such as areas with high seasonal demand.

“Despite being in Government for six years, Labor did not spend one dollar on fixing mobile black spots in regional and remote Australia,” Minister Fifield said.