Bring on the badges this Legacy Week 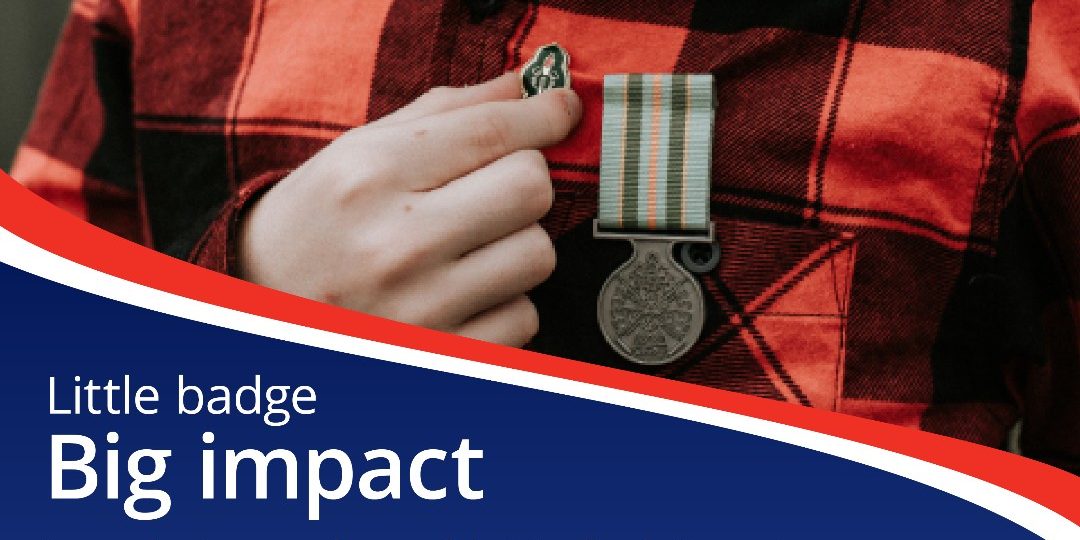 Bonner locals are encouraged to buy a badge, bear and other merchandise during Legacy Week to support the partners and children of veterans who lost their lives or have been seriously injured serving our country.

“Families who have suffered the impact of injury, or death, of a loved one as a result of their defence force service deserve our support,” said Mr Vasta.

“The Legacy Week appeal has been running since the 1940s and their badge is a special emblem which is recognised by all Australians. It’s a symbol of our nation’s greatest values of mateship, compassion and respect.

“To show your support for Legacy Australia and their remarkable work, I encourage Bonner locals to buy a badge or donate through their website. No donation is too small and will go a long way.

“I want to take this opportunity to thank the thousands of Legacy volunteers- Legatees, for their tireless dedication, mentoring and assisting of families of those who served our country. Our nation is incredibly grateful.”

Minister for Veterans’ Affairs and Defence Personnel Andrew Gee said Legacy Australia has played an important role in the veteran community for the last 98 years.

In the trenches of the Western Front during the First World War, an Australian Digger said to his dying mate, “I’ll look after the missus and kids”. This became known as The Promise.

“The Promise has been kept since Legacy was formed in 1923, and Legacy continues to support Australian widows, their families and children following the loss or injury of their loved one,” Minister Gee said.

“Fundraising efforts first known as ‘War Orphans’ first began during the Second World War to raise funds for the widows and children of soldiers who did not return. Today, this appeal is known as Legacy Week.

“Since then, Legacy has become a fundraising force providing much needed support.

“Legacy is currently caring for tens of thousands of widows who have lost their loved ones and been affected by their partner’s service in the Korean War, Malayan Emergency, Vietnam War, as well as campaigns in Iraq, Afghanistan and in peacekeeping operations across the globe.

“Normally our Australian Defence Force personnel volunteer to sell Legacy badges across the country. However this year, numbers will be considerably reduced in line with state and territory COVID-19 guidelines, which makes raising vital funds a real challenge.

“Please check with one of the 44 Legacy Clubs across the country about how you can support Legacy Week – or visit legacy.com.au.”

Royal Australian Navy veteran Heidi knows how life-changing the support from Legacy can be, as a single mum to four boys, with her two oldest on the autism spectrum.

Legacy has helped Heidi and her boys by assistingacy g with bills, school fees, uniforms and speech therapy lessons.

Growing up in a military family, Heidi was familiar with the Legacy logo but didn’t understand what it stood for.

“When I see that little badge now, I get emotional about it. Even the boys know what Legacy has done for us. Legacy has brought us happiness as a family,” Heidi said.

“The work we do is made possible by the generous contributions of the Australian public and we are very thankful of the support we receive from every day Australians who want to help the families of those who have given their life or health in the service of our country,” Mr Cranna said.

Legacy’s Badge Day is Friday 3 September and donations can be made at their website legacy.com.au. Legacy merchandise, including badges, can be purchased online at the Legacy shop, legacyshop.com.au.

Legacy Week will run from 29 August to 4 September.