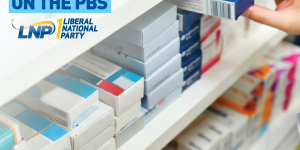 The Liberal National Government will list crucial medicines for Cancer, Parkinson’s and motor neurone on the Pharmaceutical Benefits Scheme (PBS), saving patients in Bonner up to $300,000 a year.

Member for Bonner, Ross Vasta said our Government will invest $19 million to broaden the PBS listing of Adcetris® (brentuximab vedotin) to include treatment of cutaneous T-cell lymphomas (CTCL).

“CTCL is a very rare form of cancer affecting around 150 to 200 Australians each year caused by cancerous growth of a type of white blood cell called a T-cell,” Mr Vasta said.

“Sometimes confused with eczema, patients can suffer from itchy, rash-like symptoms across the body which can often go undiagnosed for some time.”

“It is a cancer that usually affects people aged 40 to 60 years and is more common in men than women.”

“This medicine is an immunotherapy and chemotherapy combined into one medicine that targets and kills the certain cancer cells. It has the potential to saves and protects lives,” Mr Vasta said.

Health Minister Greg Hunt said without PBS subsidy, an average of 60 patients per year would otherwise pay up to $300,000 per year for this treatment.

“From April 1 this year the price of the medicine will drop to $40.30 per script, or $6.50 with a concession card under the PBS,” Minister Hunt said.

“Xadago® (safinamide) will be listed on the PBS for the first time for the treatment of Parkinson’s disease, a progressive neurological condition which can lead to a range of symptoms including slow movement and muscle stiffness and tremors.”

“This medicine increases the level of dopamine in the brain which decreases symptoms.”

Mr Vasta said over 11,000 people, including many in Bonner with Parkinson’s are expected to benefit from this listing.

“Without PBS subsidy patients would pay more than $1,400 per year for treatment,” Mr Vasta said.

“Teglutik® (riluzole) will now be listed on the PBS for the treatment of amyotrophic lateral sclerosis, a form of motor neurone disease which can cause muscle degeneration leading to muscle weakness.”

“This medicine may help prevent nerve cells being damaged by stopping the release of a chemical messenger in the brain.”

“More than 1,300 patients are expected to benefit. Without PBS subsidy, patients would pay more than $2,900 per year for treatment.”

“From 1 April this year, patients will be able to access all of these medicines for these conditions for just $40.30 per script, or $6.50 with a concession card.”

Health Minister Greg Hunt said every medicine was recommended to be added to the PBS by the independent expert Pharmaceutical Benefits Advisory Committee.

“By law the Federal Government cannot list a new medicine without a positive recommendation from the PBAC,” Minister Hunt said.

“Unlike Labor, we are subsidising all drugs recommended by the independent medical experts. Since 2013, our Government more than 2,000 new or amended items on the PBS.”

“This represents an average of around 30 listings per month—or one each day— at an overall cost of around $10.6 billion.”

“Our commitment to ensuring that all Australians can access affordable medicines remains rock solid. Our plan for a strong economy continues to deliver record funding for essential health services that saves lives.”