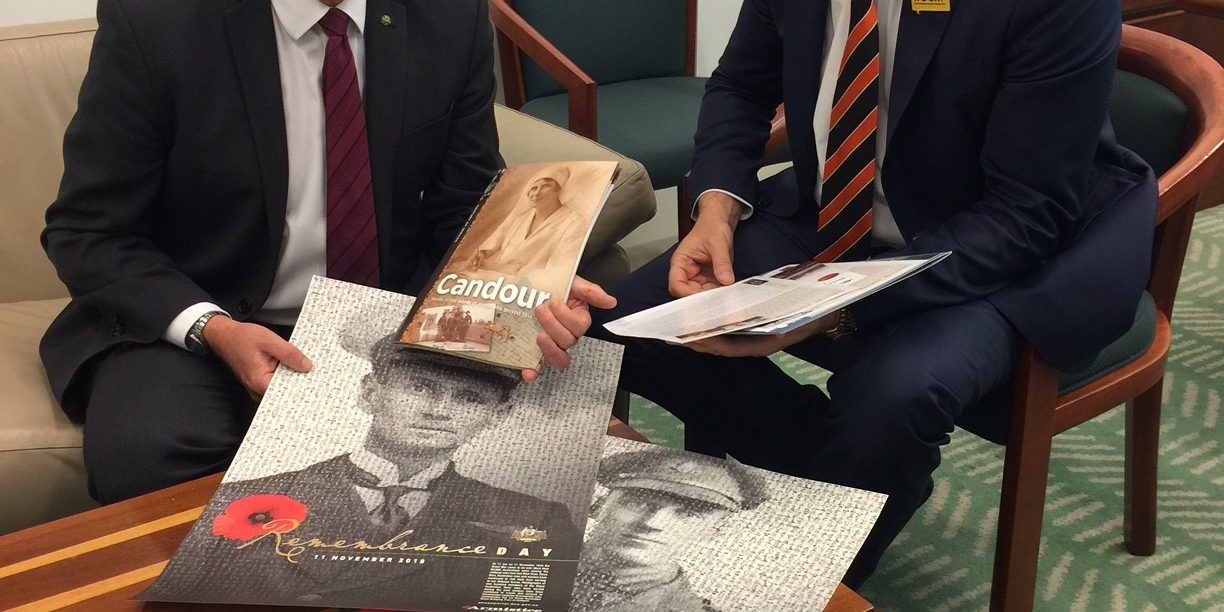 On Sunday, 11 November 2018, Australia will mark a significant milestone in its military history, commemorating the centenary of the Armistice that ended the fighting in the First World War.

Minister for Veterans’ Affairs Darren Chester said this affected every community, large and small, in what was a very young nation.

“On 11 November 1918 at 11 am, the guns on the Western Front fell silent and the most destructive war the modern world had seen was all but over and countries around the world celebrated,” Mr Chester said.

Member for Bonner Ross Vasta is encouraging the local community to participate in their local commemorative service on 11 November and observe a minute’s silence at 11am to remember the Australian men and women who have suffered and died in wars, conflicts and peacekeeping operations.

“Tragically, more than 102,000 names are today listed on the Australian War Memorial’s Roll of Honour and it is important we remember their service and sacrifice.

“Recently as part of the Coalition Government’s Armistice Centenary Grants I helped secure more than $30,000 for Citipointe Christian College, Guardian Angels School and the Queensland Rifle Association to erect monuments in honour of this historical event.

“Whether you’re commemorating at a new monument in Bonner or one of our many locally it is also incredibly important to instil an ongoing sense of remembrance and respect in future generations of Australians so our Defence Force personnel know their sacrifices are honoured, now and into the future.”

In this final year of the Anzac Centenary, it is important to pay tribute to those who served in the First World War and all who have served and died for Australia with honour in all wars, conflicts and peacekeeping operations.