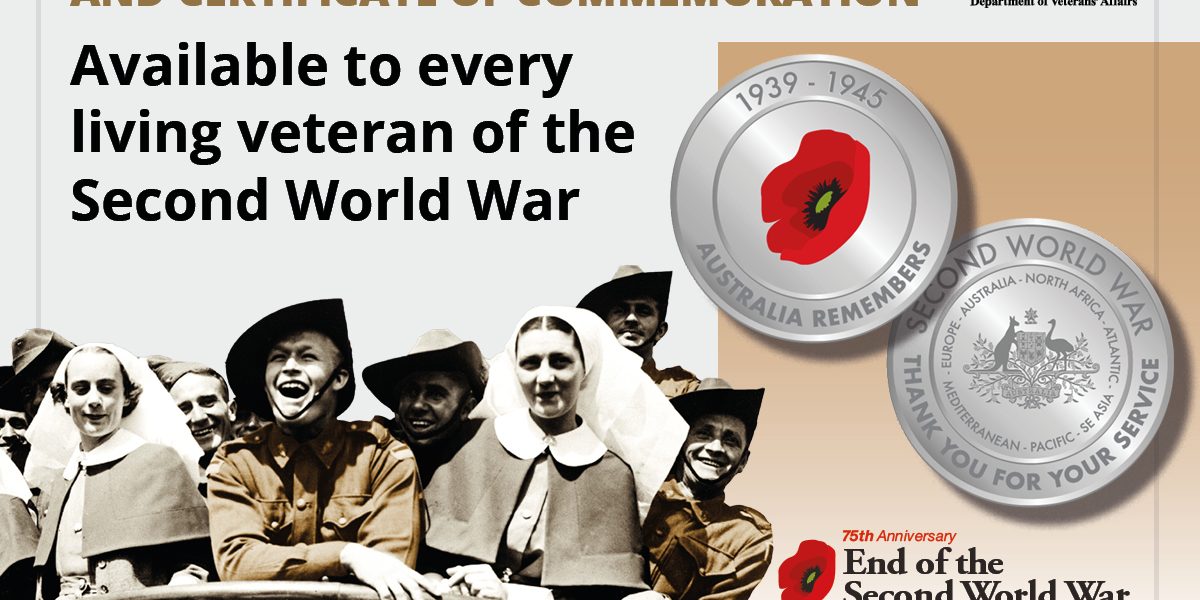 A special commemorative medallion marking the 75th anniversary of the end of the Second World War on August 15 is now available to every living Second World War veteran to say ‘thank you for your service’.

Federal Member for Bonner Ross Vasta MP said his electorate had a rich Second World War history and he was proud to support veterans from this remarkable generation.

“While more than one million Australian men and women fought during the Second World War campaigns, incredibly around 12,000 veterans who served are still with us today,” Mr Vasta said.

“These brave Australians served our nation in the far corners of the world, fighting in theatres of war from Europe to North Africa, the Mediterranean and the Middle East, to Asia and the Pacific, with the conflict also reaching Australian shores,” Mr Vasta said.

“Australia can never fully repay the debt we owe these amazing men and women but, to mark their service, the Federal Government is producing this Commemorative Medallion and Certificate of Commemoration for the remaining living Second World War veterans.

“I encourage all veterans, or their family members on their behalf, to apply to receive a medallion and certificate as a special thank you from a grateful nation for all they have done.”

Second World War veterans, or their families on their behalf, can apply online at dva.gov.au/medallion or, for those without internet access, by phone on 02 61918217 during business hours.

The Commemorative Medallions and Certificates will be distributed during August.