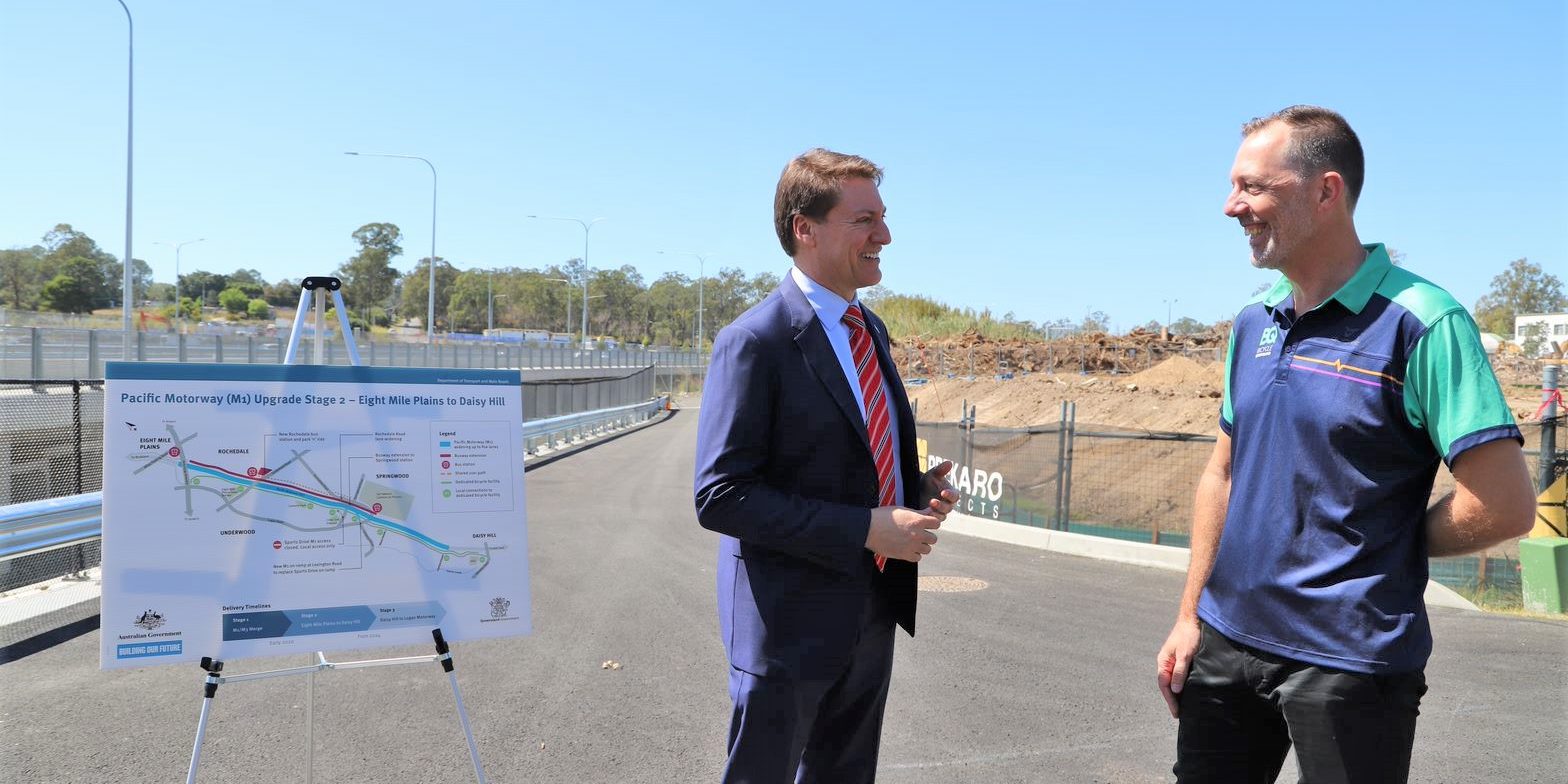 Motorists will soon be driving smoothly along the upgraded section of M1 between Sports Drive and Gateway Motorway.

The M1 upgrade is also progressing well on other sections, with Watland Street to Sports Drive ahead of schedule and two new bridges taking shape over Springwood Road.

The Morrison Government is funding $510 million towards the M1 Eight Mile Plains to Daisy Hill upgrade and the Queensland Government is contributing $240 million.

Federal Member for Bonner Ross Vasta MP said more than $3.4 billion worth of major upgrades are being delivered on the M1, jointly funded by the Morrison Government and Queensland Government.

“This massive investment includes these upgrades between Eight Mile Plains and Daisy Hill, as well as from Daisy Hill to Logan Motorway and Varsity Lakes to Tugun further south,” Mr Vasta said.

“The Morrison Government is proud to be providing $510 million towards the M1 Eight Mile Plains to Daisy Hill upgrade, busting congestion and supporting 721 jobs over the project’s life to boost our economic recovery.”

Federal Minister for Communications, Urban Infrastructure, Cities and the Arts, the Hon Paul Fletcher MP, said this important upgrade would help the tens of thousands of motorists who drive between Sports Drive and Gateway Motorway every day get home sooner and safer.

“This project is one of many critical infrastructure projects to receive funding from the Morrison Government as part of its record $110 billion, 10-year infrastructure investment pipeline, which is helping to drive Australia’s economic recovery,” Minister Fletcher said.

“By alleviating congestion along critical sections of roads like this one, we’re helping people to get home to their families sooner and safer, we’re helping freight move more quickly between our cities, and we’re generating jobs across the country.”

Work is expected to be complete between Sports Drive and Gateway Motorway by October, weather and conditions permitting.