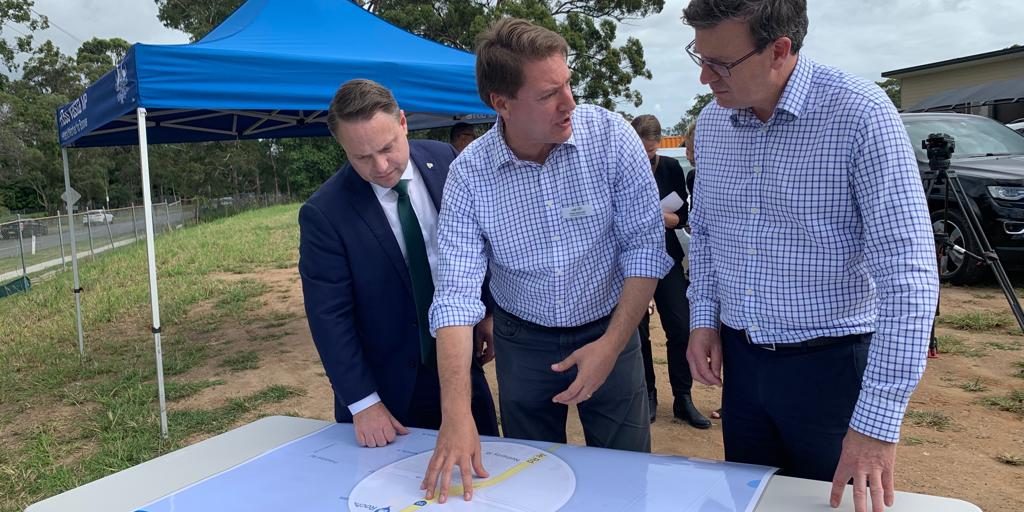 Federal Member for Bonner Ross Vasta MP said nine Urban Congestion Fund projects across Brisbane in total would commence construction within the next 12 to 24 months.

“I was very pleased to secure funding commitments to these three vital projects in my electorate of Bonner at the last election, and it’s fantastic an agreement has been reached with Brisbane City Council to see construction get underway soon.

“The delivery of these critical federal infrastructure projects will help reshape the city by eliminating some of Brisbane’s most notorious traffic hotspots.”

Federal Minister for Population, Cities and Urban Infrastructure Alan Tudge said kicking off construction on the nine Urban Congestion Fund projects was one of his top priorities for Brisbane.

“These projects will bust congestion, they will deliver life-saving road safety improvements and they will bolster commuter and freight connections that underpin the state and national economies,” Mr Tudge said.

“The Morrison Government promised we will get the people of Brisbane home sooner and safer, and we will deliver.”

The projects form part of the Coalition’s more than $25 billion for transport infrastructure in Brisbane between 2013–14 and 2028–29, including $9.8 billion over the next four years alone.

“Brisbane is a great place to live, work and relax, and I want to get residents out of traffic and able to spend more time doing what they love,” Cr Schrinner said.

“Great outcomes can be achieved when different levels of government work collaboratively together for the greater good of residents and we are looking forward to working with the Morrison Government to jointly fund and deliver these projects.”

Mr Vasta said he would continue to lobby the Queensland Government to commit funding to fix the Lindum Rail Level Crossing.

“Funding from the Morrison Government and Brisbane City Council is ready to go and while planning is underway, a funding commitment from the Queensland Labor Government would get this upgrade happening,” Mr Vasta said.