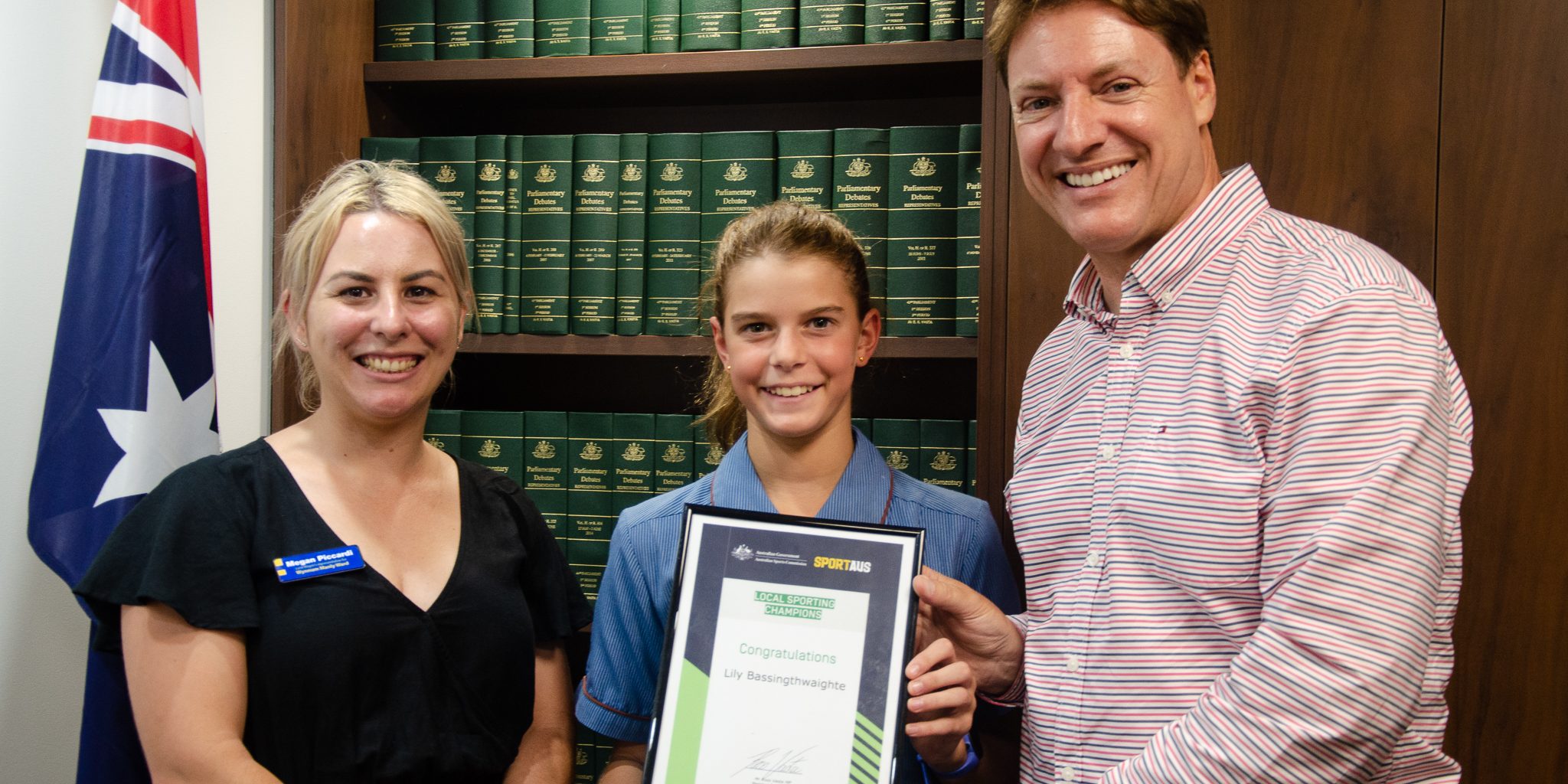 Carindale local Lily Bassingthwaighte has received $700 to help her attend the National under 12’s Cricket Championships in Adelaide thanks to the Morrison Government’s Local Sporting Champions grants program.

Federal Member for Bonner Ross Vasta MP said Lily’s dedication and hard work had paid off to land her a coveted spot to compete at a national level.

“It was an honour to recognise talented children like Lily who works hard to passionately pursue the sport she loves,” Mr Vasta said.

“Because of this grant, Lily is now able to join the rest of her team in Adelaide when they play off for the National Championships later this year.

“Our Government is committed to supporting sportsmen and women and I’m encouraged by Lily’s great sporting efforts.”

Lily Bassingthwaighte said being selected to play for the Australian under 12’s Cricket Championships would prepare her for a bright future in the sport.

“Being selected to attend this competition has already taught me that hard work, dedication and sacrifice will often result in reward,” Ms Bassingthwaighte said.

“I’m looking forward to not only improving my cricket skills but also testing my ability to perform under the pressure of competition at this level.

“My ultimate goal in cricket is to one day play in our national team.”

Lily is just one of a number of recipients to benefit from the most recent round of the 2019-2020 Sporting Champions grants.

Lota local Oliver Reynolds will be able to participate in Basketball Queensland’s under 14’s State Championships this year after receiving $600 through the Morrison Government’s Local Sporting Championships grants program.

Oliver is just one of a number of recipients to benefit from the most recent round of the Sporting Champions grants.

Applications for Round Four are currently open until 31 March, visit www. sportaus.gov.au/grants_and _funding