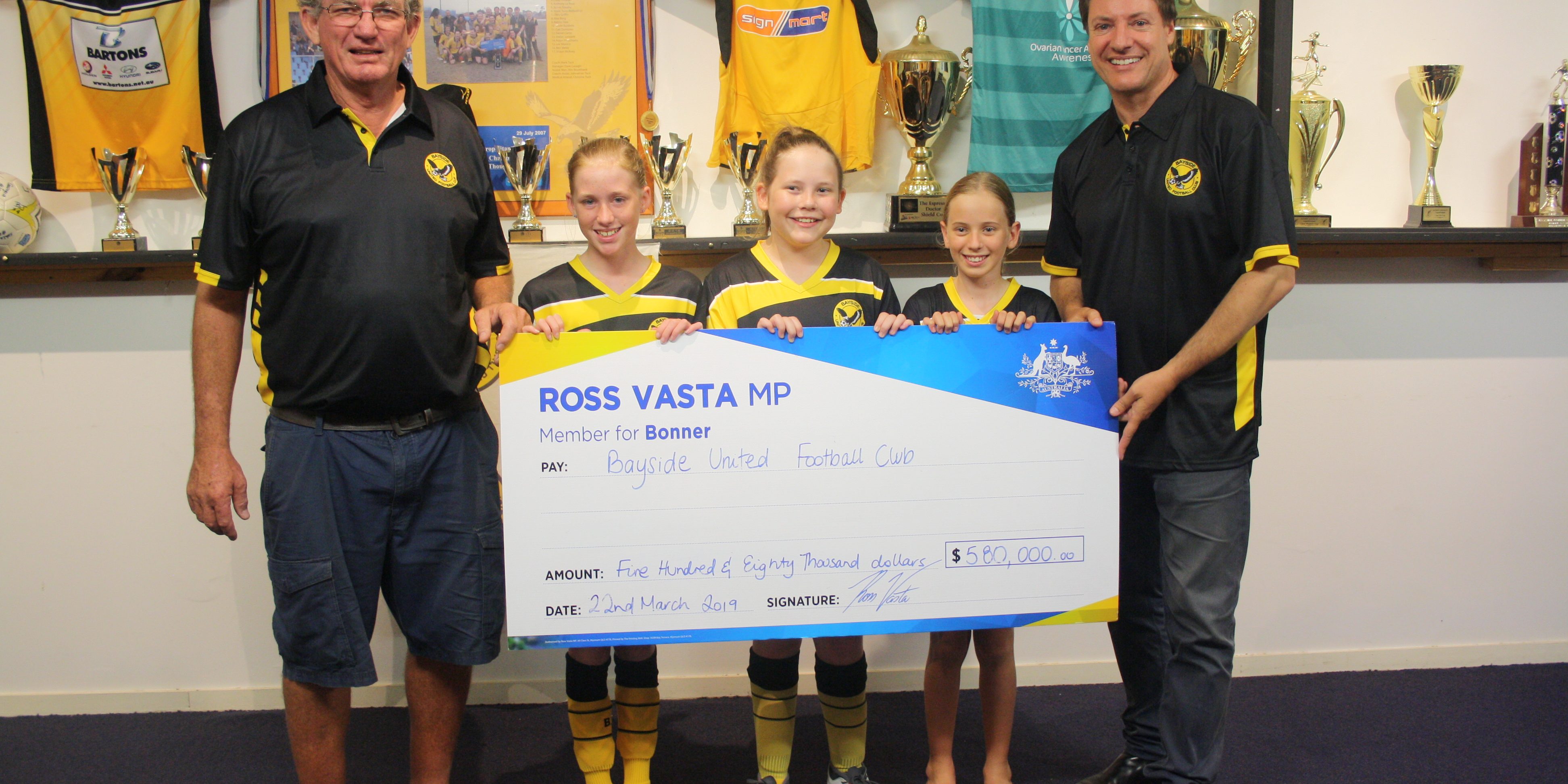 Mr Vasta said this is an important project for the Bayside community and was proud the Morrison Government was delivering for the people of Bonner.

“I have been working with Bayside United President Greg Pascall and the administrative team and I’m glad to have been able to fight and deliver these much needed funds to upgrade the local club.”

“Not only will this project deliver for the 140 plus women and girls that already play at the club but it will also benefit the community, visiting teams and encourage more female inclusion at the playing level, and at a refereeing level.”

Bayside United Club President Greg Pascall thanked Mr Vasta for delivering for the club and said that this funding will have a huge impact on the club’s membership and the community.

“We are passionate about increasing our women’s involvement at the club and this funding will allow us to do that, it’s all thanks to Mr Vasta who is a champion of Bayside United.”

“Since 2017 we have had a 21% increase in players signing up at Bayside United FC, of this percentage a large number are female but the club lacked the necessary facilities to accommodate them.

“The current amenities lack privacy and are in disrepair so we needed to make sure that we have the adequate facilities for our players and referees,” Mr Pascall said.

Mr Vasta said that he is proud to be part of a Coalition Government that is delivering a stronger economy so they can invest in local projects.

“The Morrison Government understands the importance of inclusion and delivering infrastructure at a local level for communities just like the Bayside.”