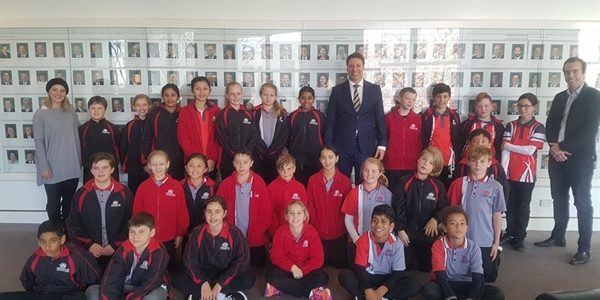 Government and Independent schools in Bonner are each set to receive a boost in funding by 2021 under the Turnbull Government’s student-centred Gonski funding plan that recently passed Parliament.

Federal Member for Bonner, Ross Vasta, said the new funding was part of a $7.78 billion funding boost for Bonner government and Independent schools over the next decade, which will see a $234 average increase next year for every student and around $361 on average extra for each student each year by 2021.

Catholic schools in Queensland will get an additional $2.84b under the plan over the next decade that their education authorities will distribute to their schools.

“We’re delivering a school system that’s entirely focused on students and what they need to be their best,” Mr Vasta said.

“We’re delivering a new funding system that ensures every student gets the resources they need, no matter their background or where they live. We’re tying that extra funding to the activities that are proven to improve the quality of our schools. That means more resources for one-on-one time with teachers and new or existing initiatives such as specialist teachers or targeted intervention programs.”

“We’ve appointed an independent National School Resourcing Board to ensure the funding model is focussed on supporting students and holding governments to account for the money they receive and spend.”

“Our additional funding will start to flow next year, giving schools and communities the certainty they need to plan and ensure that every student gets the support they need to succeed.”

“Schools and students that need the most additional resources will get the biggest funding increases in the fastest time period so that everyone will get their fair share of funding from the Commonwealth.”

“Along with support from Gonski Review panellists Ken Boston, Kathryn Greiner and David Gonski himself, the Government’s plan has been backed by independent think tanks including The Grattan Institute and The Mitchell Institute, as well as schools, families and educators such as former head of the Australian Education Union Dianne Foggo.”

“Our focus now is building on our teaching quality reforms through the work of a panel of education experts focused entirely on how schools should be using the extra funding we’re delivering.”