Honouring those who served in the Vietnam War 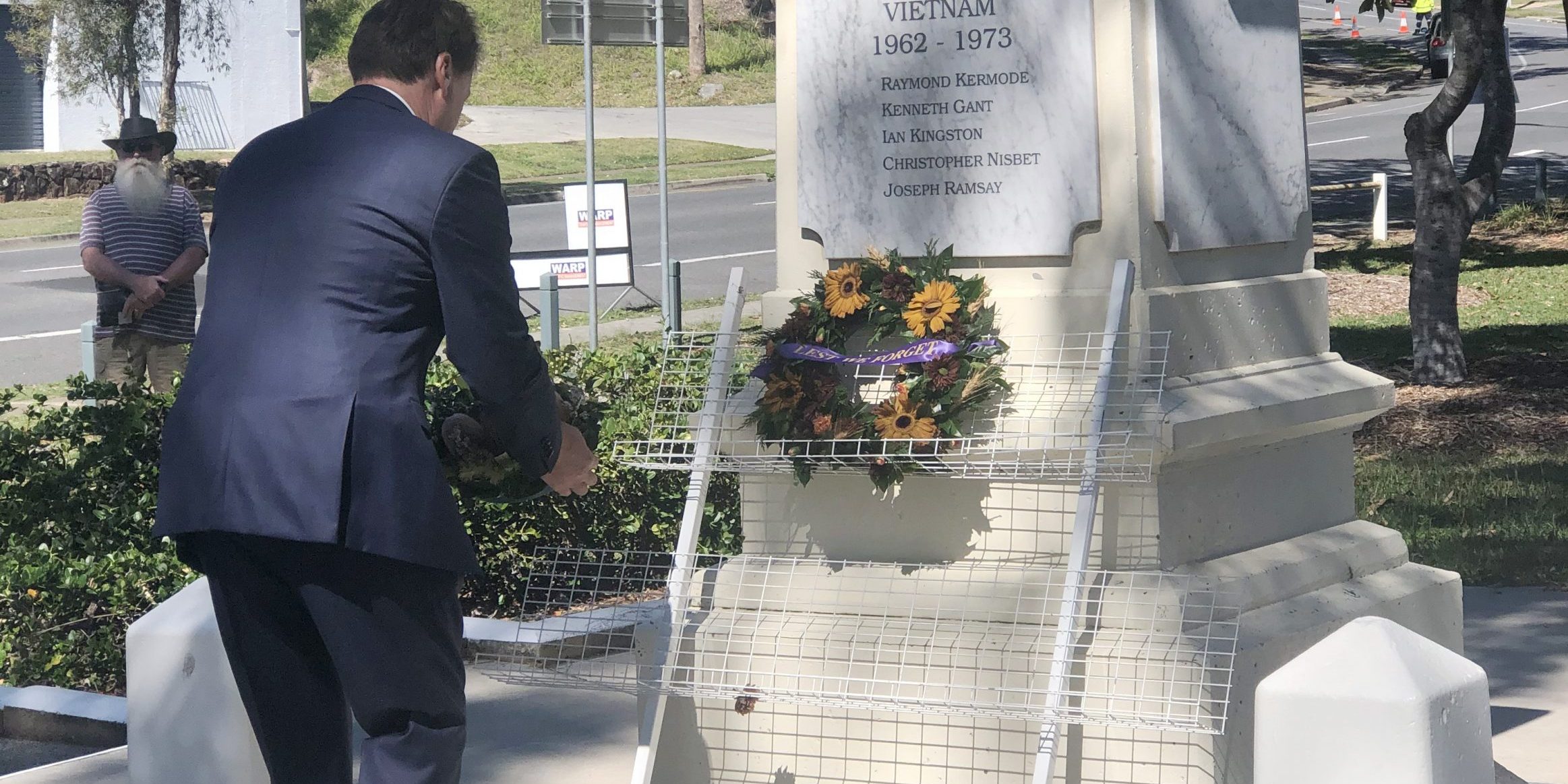 Federal Member for Bonner Ross Vasta MP joined members and veterans of the Manly-Lota RSL Sub-Branch for the annual Vietnam Veterans Day Service to commemorate the anniversary of the Battle of Long Tan.

Mr Vasta said today was about reflecting on the service and sacrifice of those who served during one of the longest military engagement of the 20th Century, the Vietnam War.

“Each year on Vietnam Veterans’ Day, Australia remembers all those who served in the Vietnam War, including the more than 500 Australians who lost their lives.”Mr Vasta said the service was a private occasion with invited guests only to keep in line with COVID-19 restrictions.

“However, while the wider community could not be part of it, I know they were with us in spirit,” Mr Vasta said.

“Even with our younger generation with the bugle player Lewis Campbell joining us from Moreton Bay Boy’s College to deliver The Last Post.”

Mr Vasta said the Battle of Long Tan on the 18th of August 1966, was one of the fiercest battles fought by Australian soldiers in the Vietnam War, and saw 18 Australians killed and 25 wounded.

“Today we also acknowledge and honour the Vietnam veterans who have lost their lives in the years since they returned and those who still carry the physical and emotional scars of their service and the families that have supported them.”

The Australian War Memorial will hold a Last Post Ceremony at 4:55pm AEST today, 18 August 2020, to commemorate Vietnam Veterans’ Day and the anniversary of the Battle of Long Tan.

To find out more about Vietnam Veterans’ Day, the Vietnam War and the Battle of Long Tan, please visit the Anzac Portal website.