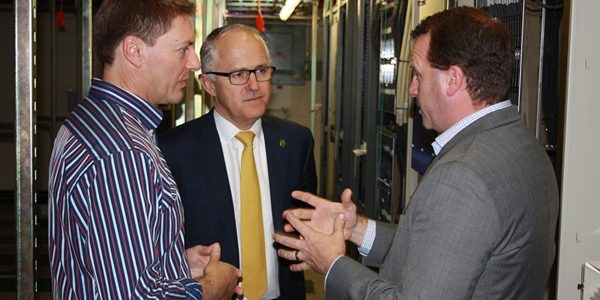 “Labor’s NBN policy is to slow down the rollout in Belmont, Hemmant, Lota, Lytton, Manly, Manly West, Murarrie, Tingalpa, Wynnum, Wynnum West and more because they will dig up everyone’s front garden and driveway – despite technologies being available that avoid this.”

“Labor’s NBN policy means these locations could be waiting until 2022 to connect to the NBN.”

“Under a Coalition Government they will have the NBN over the next two years,” Mr Vasta said.

“Monthly internet bills are also set to rise under Labor, because their policy costs $8 billion more than the Coalition’s.”

Under Labor’s last mismanaged rollout, just 61 premises in Bonner were able to connect to the NBN.

Under the Turnbull Coalition Government, this has increased substantially to 379 premises able to connect in Bonner, with more than 59,500 premises to be connected under the Coalition’s accelerated three-year rollout of the NBN.

Minister for Communications Mitch Fifield said Labor had already tried and failed to deliver the NBN.

“Under the Coalition, the NBN is hooking up more than 60,000 homes a month, compared to just 51,000 connections in six years under Labor.”

Labor’s last gold plated approach would have added up to $43 a month to internet bills,” Minister Fifield said.

Under the Turnbull Coalition Team, the nbn is rolling out better broadband across Australia in the fastest and most affordable way.

Under the Coalition, the NBN has met every roll out target; it is ahead of schedule and on-budget.