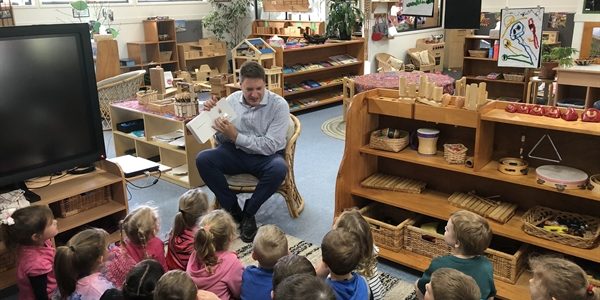 It’s time Labor’s Amanda Rishworth familiarised herself with the Turnbull Government’s reforms to early childhood education and care so that she stops falsely scaring Bonner families, especially given she’s said a Shorten Labor Government would adopt our policy.

“I intend to allow the new system to have time to bed down before I look at a proper review”
– Amanda Rishworth, Speech – McKell Institute, 17/5/2018

Instead, she’s been trying to scare families by spinning lies.

Ms Rishworth’s claim last week that a “family who has one child with severe autism” would not have access to subsidies under the Turnbull Government’s new system because “one parent doesn’t work because they care for that older child” is a lie. The parent not working is presumably eligible for a carer’s allowance meaning they would qualify for extra support under the $1.2 billion safety net that’s built into our new child care and early learning system.

Our new system is set to benefit over 7500 families in Bonner and it’s targeted to families working, looking for work, studying, volunteering or who have other circumstances that meet the light touch, four hours a week activity test.

In fact, our activity test will motivate people to go into work, work more or increase their community engagement. It is estimated 230,000 Australians will increase their workforce participation because of our reforms.

Our reforms include an extra $2.5 billion investment that will mean more subsidies for families working the most and for families earning the least, scrapping the annual rebate cap for most families as well as an hourly fee cap to keep downward pressure on fee increases.

Despite a Productivity Commission report, two Senate inquiries and months of Parliamentary debate, Labor still insist on running a talkfest that’s been going for more than a year and they haven’t come up with any solutions to Australia’s broken child care system.

At the end of all that, Labor have said their solution is just to copy what the Turnbull Government is doing.

Where Ms Rishworth differs from the Government however, is that she’s refused to rule out extending taxpayer support to people who don’t meet the light touch, four hours a week activity test or those on high incomes. In fact, Labor’s 2016 election policy would have delivered an annual $176 million windfall to families earning over $250,000 at the expense of low to middle income earners.

In stark contrast to Labor’s child care scaremongering, the Turnbull Government has been focused on ensuring families understand they need to visit www.education.gov.au/childcare to make the switch to the new system.

While around half of families using child care in Bonner have now switched over, 2 July is now just around the corner so it’s time to make the switch today.