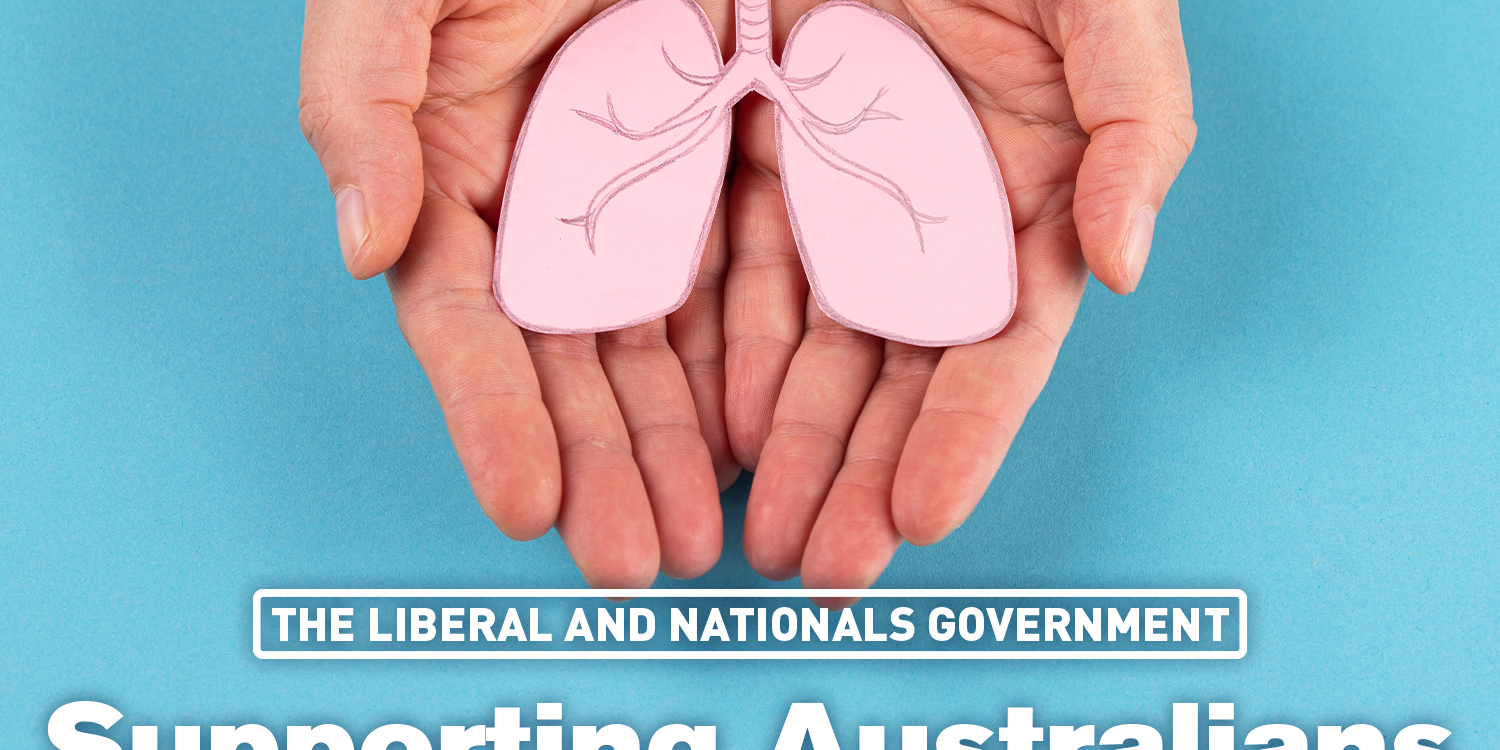 Australians with cystic fibrosis in Bonner will soon have access to a new treatment following the listing of Trikafta® on the Pharmaceutical Benefits Scheme (PBS).

From April 1, Trikafta® (elexacaftor/tezacaftor/ivacaftor and ivacaftor) will be available on the PBS for the first time for Australians with cystic fibrosis aged 12 years and older, who have at least one F508del mutation in the cystic fibrosis transmembrane conductance regulator (CFTR) gene. F508del is the most common mutation.

In Australia, one in 2,500 babies are born with cystic fibrosis and there is currently no cure.

Cystic fibrosis is a progressive, genetic disease that causes persistent lung infections. The condition is caused by genetic defects that limit the flow of chloride and water through cell membranes, resulting in a thick, sticky build-up of mucus in the lungs, pancreas, and other organs and over time limits the ability to breathe and makes it easier for germs to grow.

Trikafta® works by improving the flow of chloride and water in patients who have a certain genetic defect and helps improve lung function and breathing.

The median life expectancy for Australians with cystic fibrosis is 47 years. Tragically, this is significantly lower than the average Australian.

Federal Member for Bonner Ross Vasta MP said the listing of Trikafta® on the PBS would be welcome news to those in my local community with CF and their families.

“This is a game changer for Australians with CF in Bonner and their families,” Mr Vasta said.

“Access to Trikafta® has been out of reach for most of the population with CF, but this listing will ensure more Australians can get the treatment they need, without huge out of pocket costs.

“This just demonstrates our Government’s continued commitment to ensuring Australians can access the medicines and treatments they need, no matter where they live.”

Minister for Health and Aged Care, Greg Hunt, said the listing of Trikafta® would be life changing for many Australians with cystic fibrosis and their families.

“Without PBS subsidy, around 1,900 Australians would pay more than $250,000 a year for access to Trikafta®,” Minister Hunt said.

“This treatment is out of reach for most Australians, and now that it will be available on the PBS, patients will only pay a maximum of $42.50 per script, or as little as $6.80 with a concession card.

“I am so proud that one of the final treatments listed on the PBS under my watch as Minister for Health is Trikafta®. This listing will make access to treatment within reach for thousands of Australians with CF each year.”

Since 2013, the Coalition Government has approved more than 2,800 new and amended listings on the PBS. This is at an overall investment by Government of $15 billion.

The Morrison Government’s commitment to ensuring Australians can access affordable medicines, when they need them, remains rock solid.

This is a stark contrast to Mr Albanese and Labor, who when last in Government stopped listing essential medicines and treatments on the PBS.

This PBS listing has been recommended by the independent Pharmaceutical Benefits Advisory Committee.