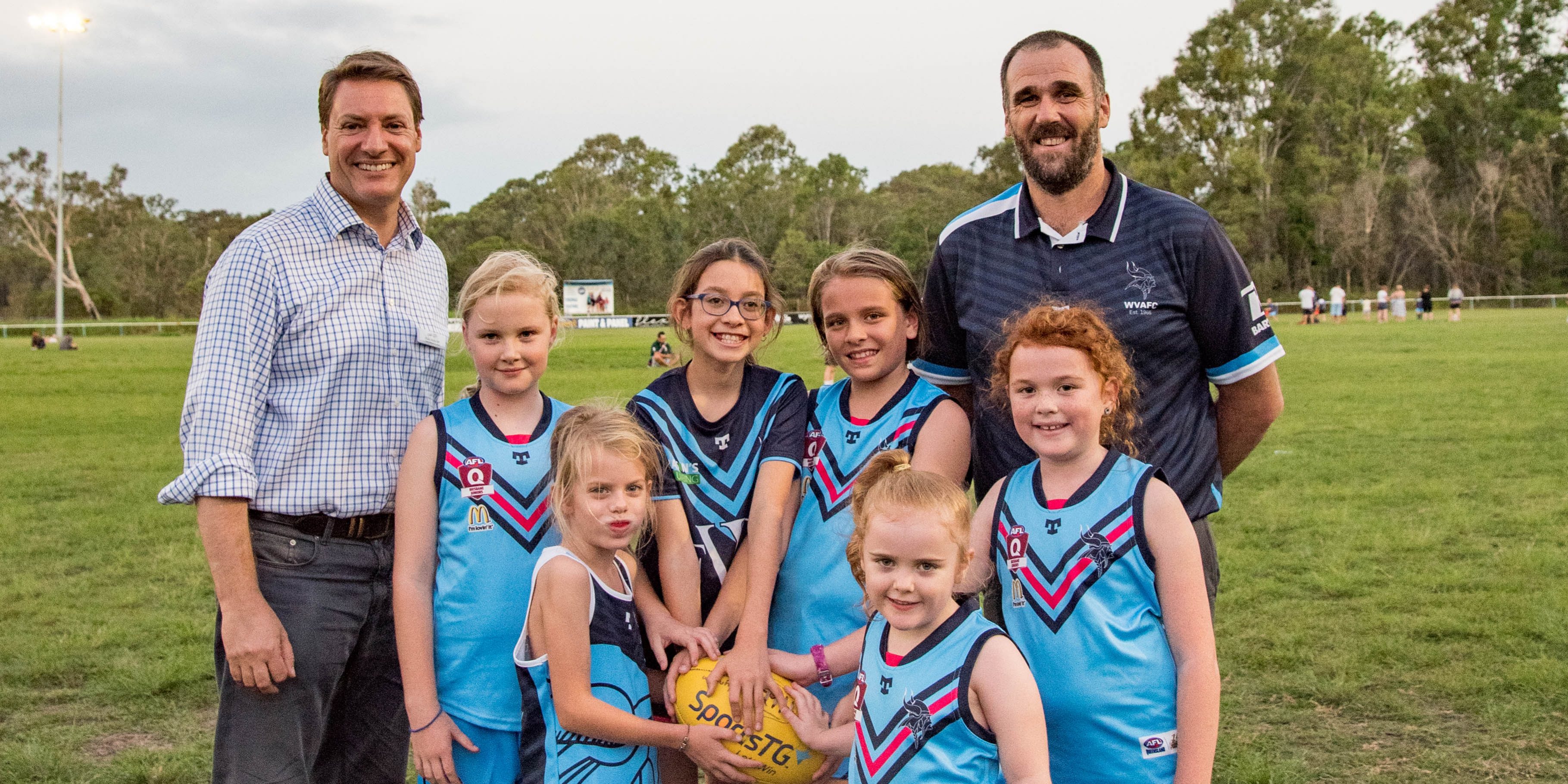 Federal Member for Bonner, Ross Vasta is delivering for Bayside sporting women. Mr Vasta has today announced that a re-elected Morrison Government would provide $580,000 for Wynnum Vikings AFL Club to build and upgrade female amenities at the Bayside sporting club.

Mr Vasta said this is an important project for the local female AFL players and was proud the Morrison Government was delivering for the Bonner women in sport.

“I have been working with Wynnum Vikings President Brendan Hodgkins and the team and I’m glad to have been able to fight and deliver these much needed funds to upgrade the local club.”

“Not only will this project deliver for the local women and girls that already play at the club but it will also benefit the community, visiting teams and encourage more female inclusion at the playing level.”

Wynnum Vikings AFL President Brendan Hodgkins thanked Mr Vasta for delivering for the club and said that he is always been a reliable supporter and is always on hand to help out whether it’s to lend a marquee or to fight for much needed funding.

“The club was built in 1974 without the foresight of today’s needs and this funding would be able to take our club and our players into the next league and that’s huge for a local club like the Vikings.”

“We’re so happy and ecstatic that Ross has been able to provide us this grant for the Wynnum Vikings Football Club to grow women’s AFL in the Wynnum community. It’s phenomenal.”

Mr Vasta said that he is proud to be part of a Coalition Government that is delivering a stronger economy so they can invest in local projects.

“The Morrison Government understands the importance of inclusion and delivering infrastructure at a local level for communities just like the Bayside.”