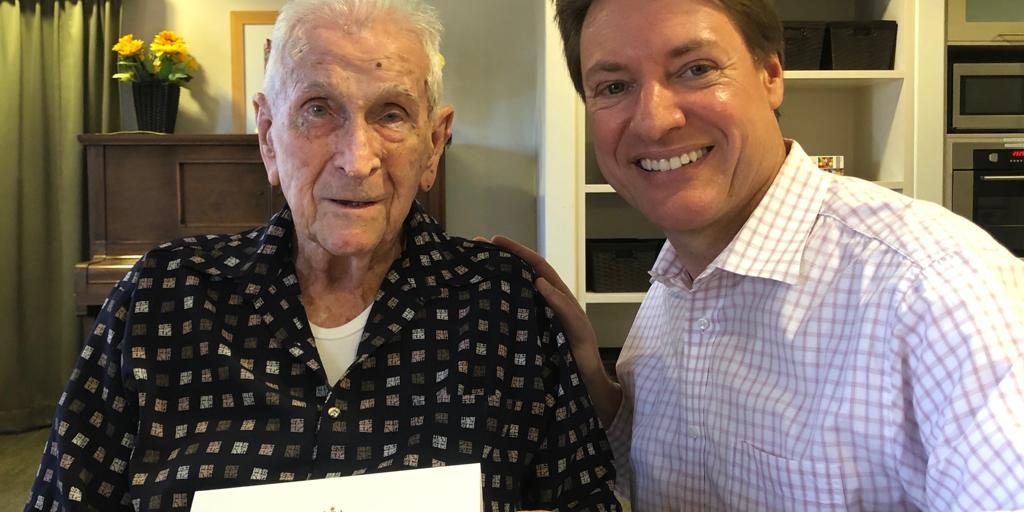 Federal Member for Bonner, Ross Vasta has thanked Mansfield resident Owen Doherty for his service to Australia during World War II and wished him a happy 96th birthday on behalf of the commonwealth government.

At the age of 18 years and five months Owen Doherty was enlisted to the Royal Australian Air Force and served as a Warrant Officer before being taken as a Prisoner of War.

After being discharged in 1945 Mr Doherty went on to work in the manufacturing of tapware and fittings and later moved into a management role at the firm. He was very active in the bowling community giving many years of service as an accredited bowls coach at the Moorooka Bowls Club.

Mr Vasta said it is such an honour to be able to congratulate and celebrate a real life local hero who has given so much to this great nation of ours.

“It’s hard to put into words just how much Mr Doherty has given for our freedom today, he is a humble man who has achieved many things in his life and even at 96 years of age he is still as sharp as a tack.”

Mr Doherty’s daughter Diane said he was surprised and very appreciative that Ross had taken time out of his busy day to pay him a visit and present him with a congratulatory birthday card which is proudly displayed in his room.

“It will be good to be able to relive those memories with Dad on our subsequent visit.”