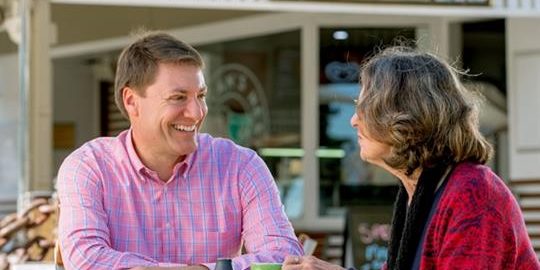 Prime Minister Scott Morrison has announced that under the Coalition the pension age will remain at 67.

Federal Member Ross Vasta says this is great news for older people living in is electorate of Bonner.

“I’ve spoken to many of my constituents about this policy and every one of them has told me that they agree this is a good idea.”

Tingalpa resident Charles Bill says that he is very pleased that the Coalition has made this decision.

“As much as I would love to keep working into my older years, as a 65-year-old it’s challenging and often difficult to secure work.

“I would like to personally thank Prime Minister Scott Morrison and Ross Vasta for reducing the pension age back to 67,” Mr Bill says.

Ross Vasta says the Coalition is dedicated to doing the right thing by senior Australians.

“The Morrison Government believes in a fair go for those that have a go, and that’s why we’ve made a promise to protect older Australians from Bill Shorten’s tax grab, predicted to impact more than 800,000 people.”
Since the Coalition was elected, pensions have increased by $99.20 per fortnight for singles and by $149.40 per fortnight for couples combined.

Other measures include the Pension Loans Scheme, opened to all older Australians, including full rate pensioners and self-funded retirees, so they can boost their retirement income by up to $17,800 for a couple, without impacting on their eligibility for the pension or other benefits.