LOCALS HAVE THEIR SAY ON LABOR’S RETIREE TAX 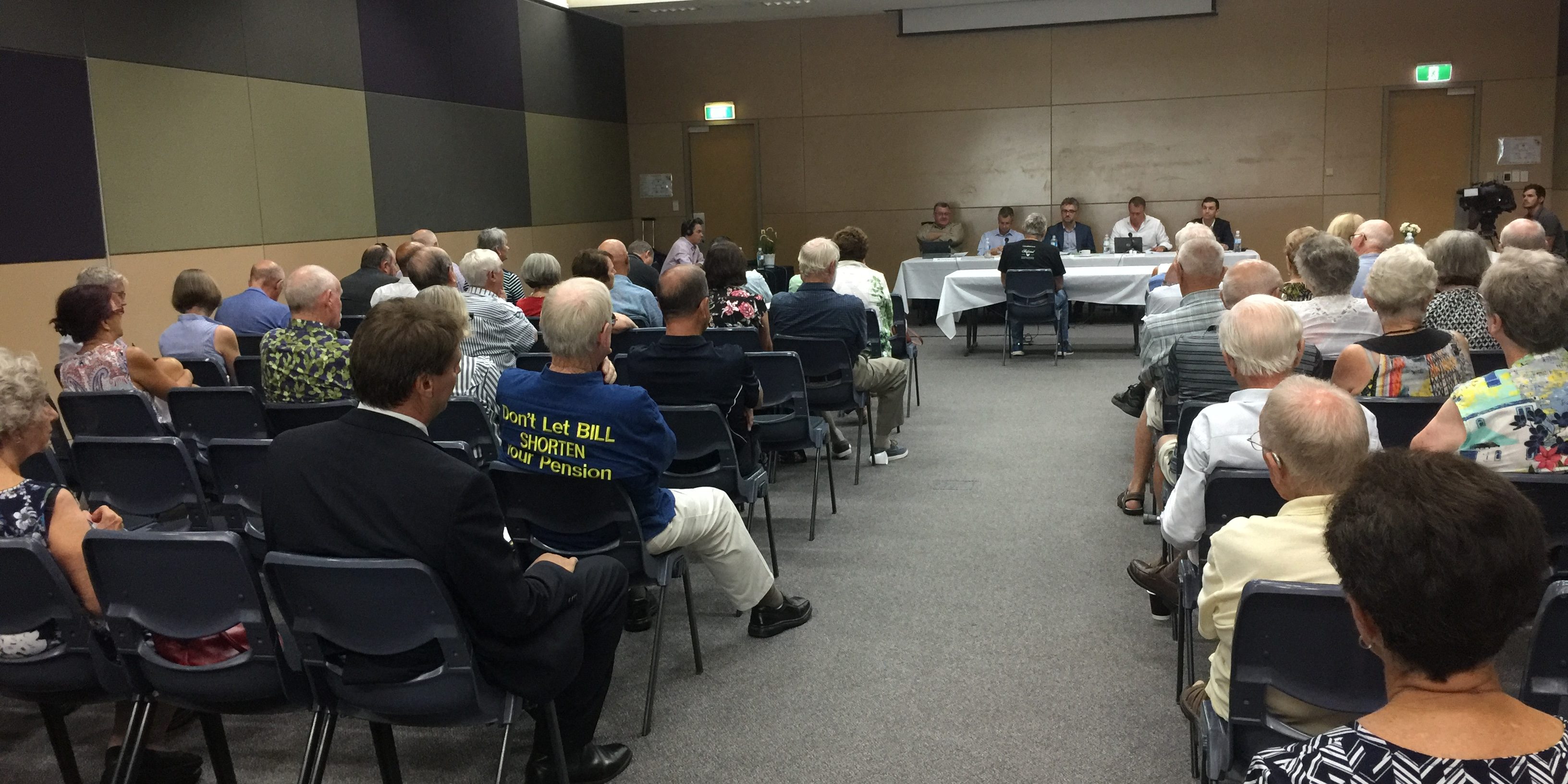 More than 5,500 vulnerable retirees in Bonner will be worse off financially as a result of Labor’s proposed retiree tax.

Recently a large number of locals attended the Economics standing committee hearing into the implications of removing refundable franking credits in Eight Mile Plains and explained the hardship they are likely to face as a result of Labor’s proposed tax grab.

Federal Member for Bonner Ross Vasta spoke with attendees Mr and Mrs O’Connor who said it was great to have the opportunity to speak about how this will have an impact on their lives if introduced.

“If this Labor tax is introduced it means our yearly wage will drop by 15% and we’re already just surviving on not much at all. We will then be forced to whittle our savings and sacrifice the trips away to see family, in order just to get by.”

“We hate the thought of it; Keating brought it in and it was declared unfair now the ALP is now contradicting themselves by trying to re-inforce it.”

Mr and Mrs Mitchell explained that they are disgusted by the Shadow Treasurer Chris Bowen’s dismissal of how this would impact retirees, and said his comments about retirees taking their vote elsewhere shows that the Labor party doesn’t care about older Australians.

Mr Vasta said he has spoken to many constituents who will be far worse off under the Labor Retiree Tax.

“These older couples in Bonner are not rich; they’ve worked hard all their lives, lived modestly and never relied on the Government for anything, most of them are living off an income of just $20,000 a year and now are being penalised for thinking ahead and doing the right thing by saving for their own future.”

“One of the couples told me that the money they have been able to save is set aside to pay for age care for them both, but if Labor removes the frank dividend credits they’ll have to use those savings and rely on their family to foot the bill instead.”

Mr Vasta has invited any other concerned locals to make an appointment to speak with him about this proposed policy.

“I am committed to delivering for retirees in Bonner and I encourage all retirees to talk to their friends and family and explain what this means to them and to remember this when the federal election comes around this year and show Chris Bowen and Labor the door.”

To make an appointment with Mr Vasta please email ross.vasta.mp@aph.gov.au