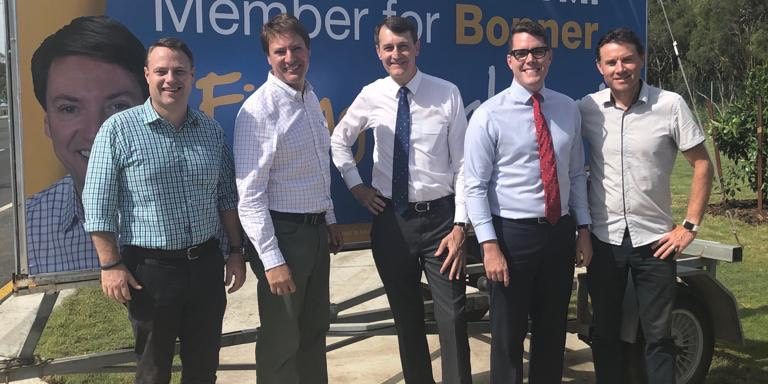 Brisbane City Council has completed a major upgrade of the Green Camp Road corridor, reducing congestion and improving safety for all road users.

“Council is taking real action on congestion across the city, with 90 congestion-busting projects to get residents home quicker and safer with more travel options,” Cr Quirk said.

“Green Camp Road is used by 30,000 vehicles every day and this critical upgrade has widened the corridor to a minimum of four lanes, cutting travel times by up to 50 per cent,” Cr Quirk said.

“Green Camp Road is a major corridor between the CBD and the bayside and this upgrade will boost safety for all road users, with new on-road cycle lanes and a shared pathway,” Cr Schrinner said.

“Over seven years, there have been 57 serious crashes reported along this corridor and this upgrade will cut the risk of future accidents by more than half.”

Doboy Ward Councillor Ryan Murphy said until now, the Rickertt Road intersection had been operating above capacity during peak periods.

“Until now, motorists have been looking down traffic queues up to 800-metres long, with 18-minute delays during the afternoon peak,” Cr Murphy said.

“This upgrade will reduce peak travel times by up to 50 per cent, helping local drivers get home up to 13-minutes sooner.”

“This upgrade is offering immediate benefits to all road users, as well as future-proofing the corridor by delivering the infrastructure needed for the growing Brisbane region,” Mr Vasta said.

Federal Member for Bowman Andrew Laming said the collaboration between Brisbane City Council and the Australian Government had delivered huge benefits for residents.