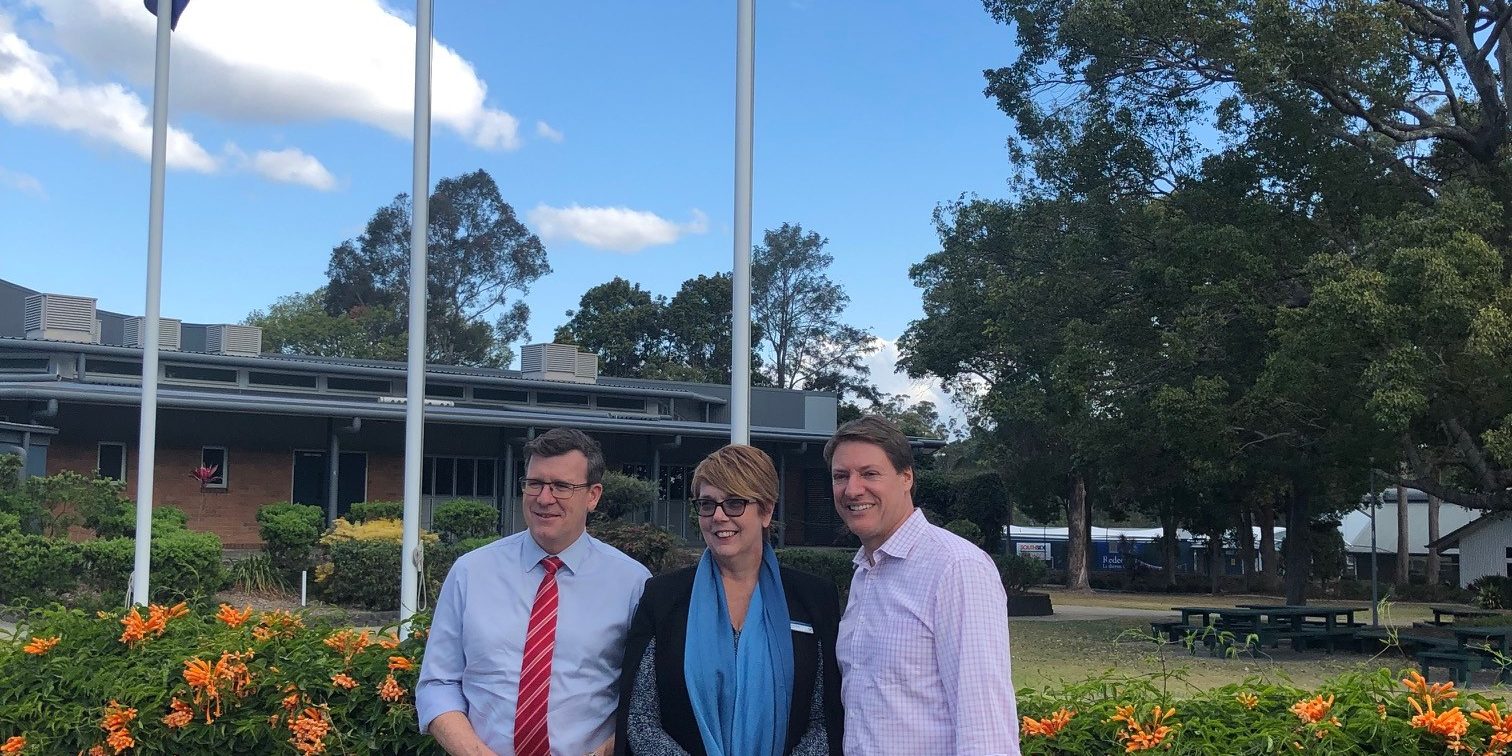 Mr Vasta said while the Morrison Government had delivered $14 million to upgrade the Rochedale Road roundabout, fixing the school drop off and parking zone would further improve peak hour congestion.

“I wanted Minister Tudge to see the school’s proposed upgrades and how it could vastly improve the Rochedale Road congestion by taking parent traffic off the road,” Mr Vasta said.

“Principal Tania Cooks has shown us how their proposal will assist with the roundabout upgrade and stop the queuing that happens at drop off and pick up times.

“This roadwork upgrade is in desperate need and I am behind Redeemer 100 per cent.”

Mr Vasta said the proposed work would also take bus traffic off Rochedale Road by providing bus bays at the back of the college.

“This is not only a win for commuters and busting congestion, but will provide a tremendous improvement to student safety,” Mr Vasta said.

“I’d like to thank Minister Tudge for touring the site with me and I’ll be working with the college to see what assistance the Morrison Government can provide.”