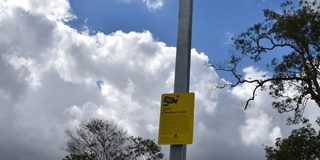 Today I’m pleased to update the Chamber with fantastic news for residents in the Bonner suburb of Tingalpa. I’m proud to announce that the new CCTV camera system at Minnippi Parklands is now fully operational.

It’s thanks to the hard work of local council and residents that these CCTV cameras have been installed. The cameras now record high definition footage 24/7. The Parklands are now safer for the many families and groups that use its facilities.

I wanted to single out my colleague, Councillor for Doboy Ryan Murphy, for much-deserved praise. Ryan has been 100% committed to delivering CCTV cameras to Minnippi Parklands since they were first proposed. He’s done a first-rate job seeing this project through.

When reports first emerged of inappropriate activities taking place at the Parklands, Cr Murphy was at the forefront of Brisbane City Council planning to make the area safer. He helped organise numerous infrastructure upgrades. Thanks to Ryan, lighting in the vicinity was improved and other safety improvements were made.

Ryan then led key stakeholder meetings between Council and Tingalpa Model Aero Club. The club is the primary leaseholder on the site and I’d like to thank them for their close co-operation with Council and for providing the site for the CCTV tower to be installed.

Cr Murphy and club members attended every meeting on the CCTV proposal. They fully capitalised on the Coalition Government’s $70,000 investment in the project. Because of their tireless commitment to neighbourhood safety, residents will be able to enjoy Minnippi Parklands without fear of anti-social and criminal behaviour.

I note that Round 2 of the Safer Streets Programme is now open until February 17. I encourage eligible groups and organisations in my electorate to go online and apply now. I look forward to delivering more funding for community safety initiatives in Bonner.