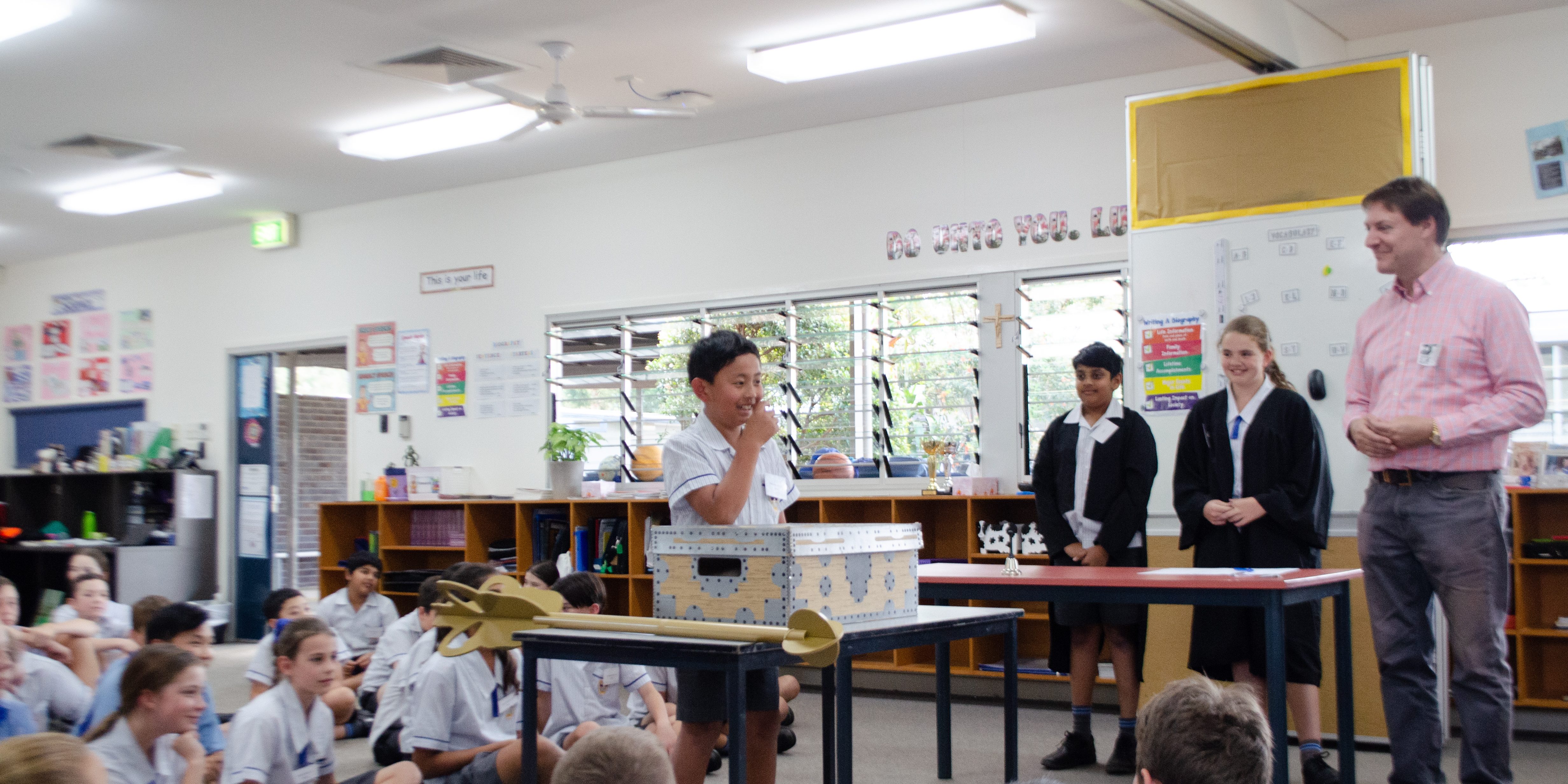 “Mock Parliament is a federal government resource that educates and puts the power in student’s hands,” Mr Vasta said.

“Law making is one of the main activities of the Federal Parliament and during parliamentary debate, ideas are tested, challenged and refined and ultimately accepted or rejected.

“Being part of the mock Parliament helps students understand how proposals for federal law – bills – are considered by the Parliament.

“It is so exciting to see young Australians enthusiastic about government and politics and the year six students at Redeemer did a great job presenting questions and debate topics for the mock Parliament.”

Mr Vasta said mock Parliament was a useful way for students to gain a better understanding about how the government creates and debates policy, and how our democratic system allowed all voices to be heard.

“We want future generations to understand what it means when they learn about our Constitutional Monarchy and how the Lower and Upper Houses of Parliament work to introduce or improve on Australia’s laws which impact the lives of everyday Australians,” Mr Vasta said.

“By becoming members of Parliament, students learn through interaction and immersion, and I better look out because some of the students at Redeemer may have their eyes set on my job one day soon!”

For more information on how schools can get involved with Mock Parliament visit www.peo.gov.au