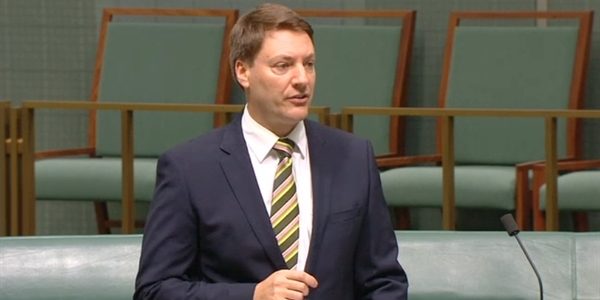 I rise today to speak on one of the most important issues in my electorate of Bonner. This issue is a lack of fast and reliable internet broadband. I am here to update the House on broadband access in Bonner, and the progress of the NBN rollout in my electorate. I will also speak on the technology that will help bring high-speed, reliable broadband to my constituents sooner, at less cost.

I have spoken many times in this chamber on this pressing matter. It pains me to stand here today with many fresh stories from residents and businesses who are struggling to access the world-class broadband that is essential for so many things these days.

Just the other day I heard the story of a father of two who lives in Mansfield. He tells me since he moved there ten years ago, his internet service has gone from bad to worse. Incredibly slow download speeds and regular dropouts are the daily norm, he says. It’s caused untold frustration for the whole household. His wife needs it for work on her PhD and for the days she works from home. His two children need it for their high school work. Not to mention daily activities that need a stable internet connection, like paying bills online or accessing government services.

And that’s the thing with internet broadband. It’s not a luxury that can wait—it’s a must-have in today’s increasingly tech-driven world. The Coalition understands this. On the other hand, Labor overpromised and under-delivered, as though people could afford to just hold out for years on end.

Many suburbs including those in my electorate lagged behind as a result. Carindale, Wishart, Mansfield, Wynnum West, Manly West, Wakerley and Rochedale to name just a few.

I have contacted telecommunications representatives in my area more times than I would like, on behalf of my constituents who can’t even access basic ADSL services. The NBN was supposed to be the cure-all for this from the start. Instead Labor let down the people of Bonner spectacularly.

Madam/Deputy Speaker, the Coalition couldn’t let the NBN go on the way it was under Labor. It would’ve cost $73 billion, $29 billion more than claimed. It would’ve increased prices for consumers by up to 80 per cent. And we would have had to wait until 2024 for it to be finished. Almost a decade, when we’re already behind much of the world.

Now under the Coalition’s plan, the NBN will be completed faster using a multi-technology mix. I’m pleased to report that a large number of residents and businesses in Bonner will benefit from this revised rollout strategy. It matches the right technology to the right location, making use of existing networks where possible to deliver superfast broadband. Under this model, areas with poor broadband will receive upgrades several years sooner.

This is great news for my Bonner constituents. Especially considering around 77 per cent of premises in my electorate are already passed by the existing HFC network, which NBN Co will be utilising to deliver superfast broadband. This means a quicker and more efficient rollout of the NBN in Bonner.

Further to that, NBN Co has announced it will be among the first in the world to deploy next-generation HFC technology in 2017. Users will be able to access download speeds of 1 gigabit per second and upload speeds of 100 megabits per second, where offered by their retail service provider. This will be a huge step up.

Clearly, the Coalition has put the NBN back on the right track. Under our plan, all Australians will be receiving first-rate, high-speed, reliable broadband in less time at less cost to taxpayers. In particular, the Coalition has prioritised those who were underserved by the previous government. We recognise that residents and businesses cannot afford to wait for the NBN.

I would like to also thank my colleague Malcolm Turnbull for the excellent job he has done turning the NBN around. He took a project that was way off-track and off-budget and reshaped it to ensure more areas in need receive fast, affordable broadband. The NBN will now be completed in a much timelier and more cost-effective manner. My Bonner constituents will reap the benefits of the Minister’s good work.

I look forward to seeing those in my electorate get the world-class broadband they deserve. I will continue to work with NBN and telecoms representatives to ensure this is achieved in a fast and efficient manner.