NDIS roll-out to change the lives of people in Bonner 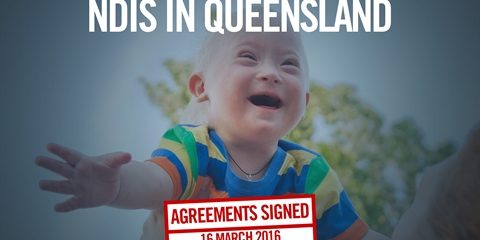 The National Disability Insurance Scheme (NDIS) is set to continue being introduced in Bonner, following the Commonwealth and Queensland governments reaching agreement on the full rollout of the scheme in Queensland.
Member for Bonner, Ross Vasta, said around 91,000 Queenslander living with disability and their families will benefit when the NDIS is fully rolled out by July 2019.
“This is great news for people with disability, their families and carers across Bonner. Mr Vasta said.
“Bonner will transition to the NDIS from 1st July 2018”.
“The NDIS is one of the largest social policy reforms in Australia’s history. Queenslanders living with disability, their families, their carers and their service providers will all benefit from it—and from the certainty the full scheme provides.
“The NDIS represents a significant change for people with disability and the disability services sector, and that’s why we are introducing the scheme in stages to ensure that it is carefully managed.”
The staged roll-out began in January 2016 with early transition in areas of North Queensland, and will continue from July 2016.
Children and young people in Townsville City Local Government Area and Charters Towers Regional Council Local Government Area, along with all eligible participants from Palm Island Aboriginal Shire Local Government Area commenced transition from January 2016.
From 1 July 2016, all remaining eligible children and young people in Townsville and Charters Towers will commence transition as part of the state wide roll-out.
Transition will then be implemented across Queensland on a geographical basis, based on existing Queensland disability sub/regional areas, starting with:
– The remaining Townsville population from 1 October 2016
– Mackay from 1 November 2016
– Toowoomba from 1 January 2017
– Ipswich from 1 July 2017
– Bundaberg from 1 October 2017
– Rockhampton from 1 January 2018
– Beenleigh, Cairns, Brisbane North, Brisbane South, Maryborough and Robina from 1 July 2018
– Caboolture/Strathpine and Maroochydore from 1 January 2019
“This agreement is a huge accomplishment for the people of Queensland and will ensure people with disability have access to the lifetime choice and support they need.” Mr Vasta said.
Category: Media ReleasesBy Ross Vasta MP23 March, 2016