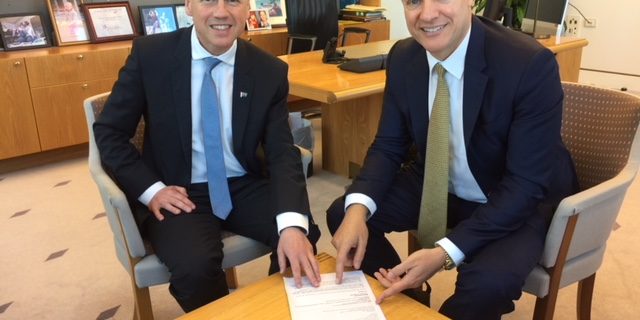 Independent figures released this week reveals that the Queensland Government is cutting funding to local hospitals in the Metro South Hospital and Health Service.

The figures from independent National Health Funding Body shows Queensland State Government funding decreased by $39.2million, from $1.08billion in 2016-17 to $1.04billion in 2017-18. At the same time the data shows that the Federal Government increased funding by $83.4million over the same period.

The Liberal National Government is continuing to deliver record hospital funding to public hospitals in Queensland, in each and every year, which is providing more doctors, more nurses and importantly more services for patients.

Federal Member for Bonner Ross Vasta said that the Queensland State Labor Government is just paying lip service to the people of Southern Brisbane who rely on the local hospital services.

“Despite Labor’s claims about hospital funding, the truth is that they have ripped more than $39million worth of funding away from the local health service and it’s very disappointing.

“Since Labor came into power in Queensland funding has increased by just 5.5% compared to an increase of 34.8% from the Coalition Government since 2014-15,” Mr Vasta said.

Our Government’s funding record for Queensland public hospitals is publicly available online, and we would encourage Steven Miles and the Labor party to visit https://www.publichospitalfunding.gov.au/ and correct the record.

In a further demonstration of the Liberal National Government’s commitment to funding public hospitals, the Government has offered a new five year funding agreement that will deliver $130.2 billion in Commonwealth hospital funding, including $30.2 billion in additional funding across Australia – delivering millions of new and extra hospital services to patients right around Australia.

We call on the Queensland Labor Government to stop putting politics ahead of patients and sign on to our agreement, which will deliver an additional $7.4 billion for public hospitals across the state.