NEW PROJECTS TO GET QUEENSLANDERS HOME SOONER AND SAFER 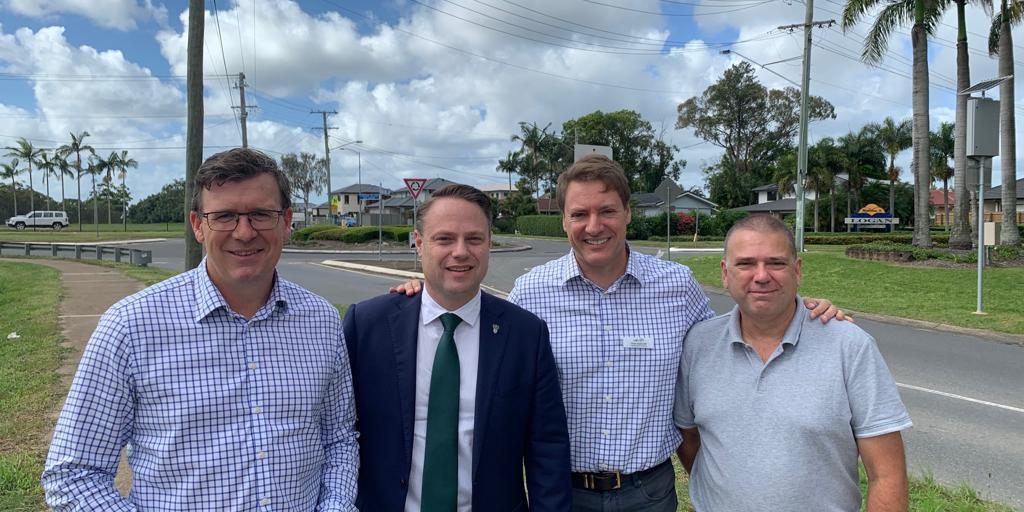 The Morrison Government will fund thirteen new congestion busting projects across South-East Queensland with a further $226.25 million funding boost, including $14 million for the dangerous roundabout at Rochedale Rd and Priestdale Rd in the Bonner electorate.

Federal Member for Bonner Ross Vasta said this is great news for the families of Bonner who frequent the dangerous roundabout.

“Since I began my petition to fix Rochedale Priestdale Rd roundabout in January this year I’ve gathered more than 2000 signatures from locals who demand a fix for this roundabout.

“I’ve been down here many times chatting to locals during peak hour traffic and it’s an absolute nightmare of a roundabout, especially when you have five schools and a large childcare centre all within a stone’s throw of each other.”

“People are sick of sitting in traffic and more importantly parents are terrified of having to send their children to school via this horrible intersection every day.”

“This $14 million contribution from the Morrison Government that I’ve today secured will fast track a solution to this local traffic issue to help get locals home sooner and safer,” Mr Vasta said.

“This commitment from the Federal Government will make this happen sooner. And it is a great example of different levels of government working together to deliver great positive benefits for local residents.”

“By managing money and running a strong economy we are able to invest record funding in road and rail projects which improve the lives of so many Queenslanders.”

“This funding will fix local traffic pinch points like Rochedale Priestdale Rd and bottle necks that have the most impact on congestion, helping everyone get home sooner.”

The projects will bolster the significant investment across South-East Queensland that includes an additional $500 million for the M1 between Daisy Hill and the Logan Motorway.

It also includes the recently completed Gateway Upgrade North project from Nudgee to Bracken Ridge, which would not have been possible without an $861.8 million Coalition investment.

There has also been a $112 million investment for Stage 3a of the Gold Coast Light Rail project following $95 million for Stage 2.

In February the Morrison Government pledged to work with the State Government and local Councils to develop a City Deal for the region.

These commitments are all part of the Liberal-National plan which is seeing $25 billion invested in road and rail projects across Queensland.

Investments across South East Queensland include: