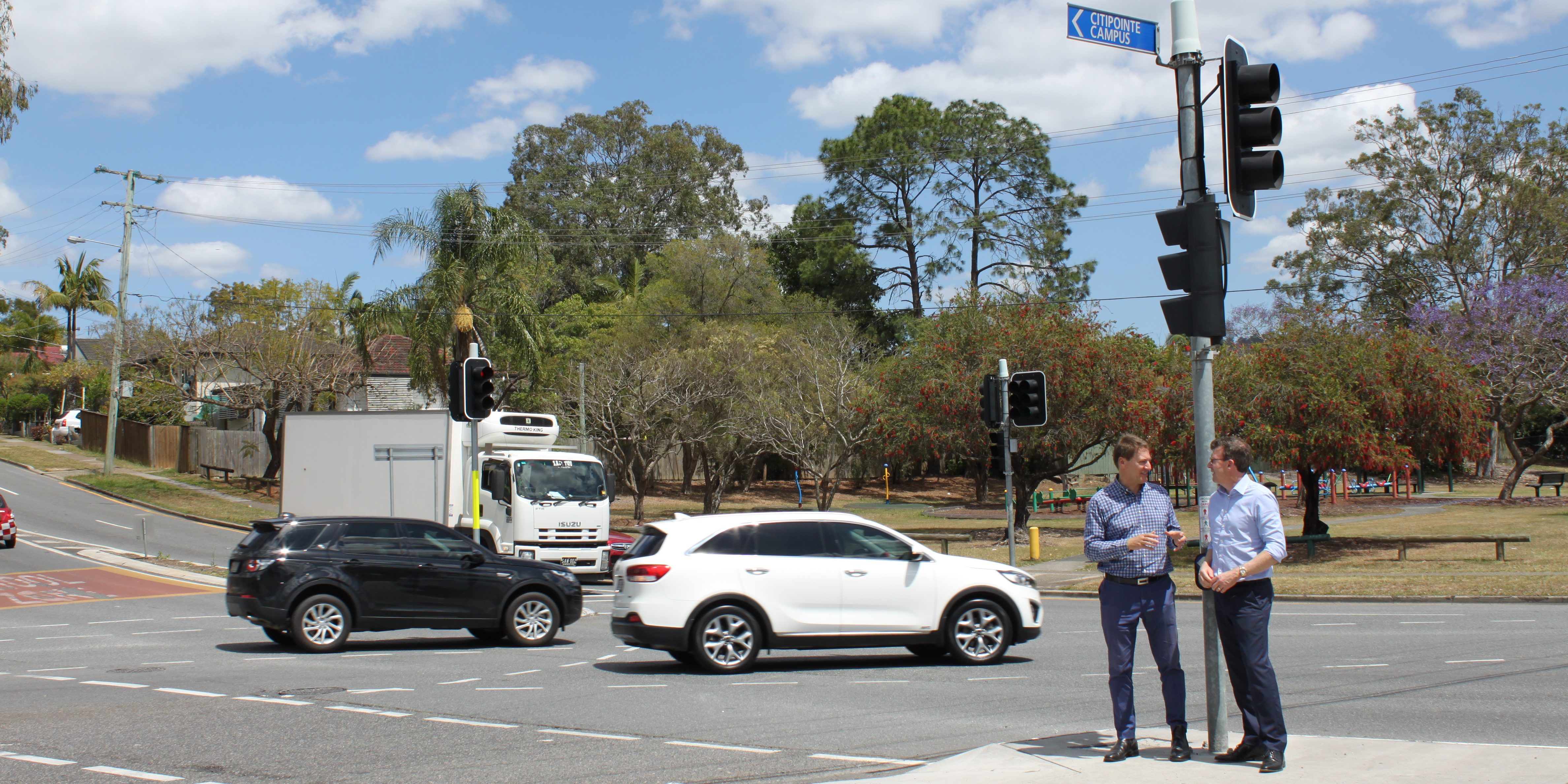 Mr Vasta explained that the local intersection is ranked one of the top five worst intersections in Queensland, and the community demands it be fixed.

“Thousands of locals have already signed my petition to have this issue fixed, and today I had the opportunity to show the Minister first hand why I’m fighting for a solution.

“Near misses and crashes are all too common at Newnham/Wecker Rd. Parents are trying to drop their young children at the school on the corner and having to deal with this mess, while paramedics are constantly being called out to accidents.” Mr Vasta said.

Minister Tudge thanked Mr Vasta for showing him the intersection and said after seeing the issues personally he knows why it’s a big issue for the community.

“Ross has expressed to me that this is one of the top priorities for local residents. We want to deal with congestion across the nation, and this is a project we will look at closely.”

The Minister said following today’s visit he will be working alongside Mr Vasta and the Brisbane City Council to investigate a solution for the intersection.