ONE THIRD OF NBN ROLLOUT NOW COMPLETE IN BONNER 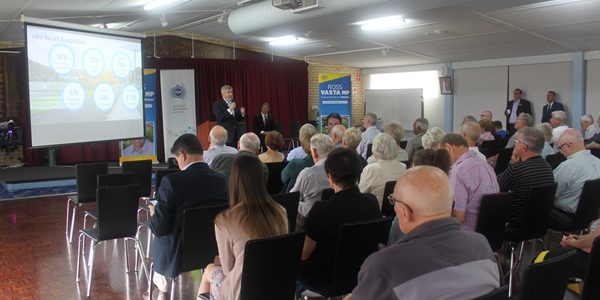 Federal Minister for Communications, Senator the Hon Mitch Fifield, today provided locals from Mount Gravatt, Carindale, Wynnum and surrounding areas with an update on the NBN rollout across Australia.

Residents had the opportunity to ask nbn-related questions to the Minister, as well as representatives from nbn co and Telstra, at a community information session hosted by Member for Bonner, Ross Vasta.

“The nbn rollout is now one-third complete in Bonner, and I’m pleased to say a third of premises with access have taken up an nbn service,” Mr Vasta said.

“The nbn is one of the biggest infrastructure projects ever carried out in Australia. With such a massive undertaking there’ll inevitably be a small percentage of people with issues. This is not to diminish their experiences and nbn co is working hard to improve the consumer experience as the rollout is completed,” Minister Fifield said.

“When the nbn falls short of people’s expectations, often it’s an issue of retailers not purchasing enough capacity to service their customers. The Government is ensuring accountability and has funded the ACCC’s Broadband Performance Monitoring and Reporting program.”

“Under this program, the ACCC is implementing real-time speed testing at 4000 volunteer sites across the country. This will provide invaluable information on broadband speeds to consumers and motivate retailers to provide the best speeds possible.”

Minister Fifield said the ACCC had published guidelines for retailers on how they should advertise their NBN service speeds. The guidelines advise retailers to clearly advertise the minimum speeds consumers can expect to achieve during peak evening periods, rather than the maximum speeds that may be delivered during off-peak periods.

“The ACCC has made it clear that if retailers fail to meet these guidelines, more formal action will be taken,” Minister Fifield said.

He asked those with further issues or questions on the NBN rollout to contact his office or visit the nbn co website.