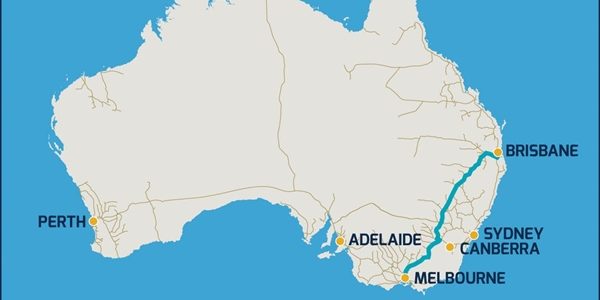 Queensland’s rail freight needs will soon be drawn into sharp focus with the Australian and Queensland Governments formally agreeing to canvass options on how to best serve one of the nation’s most important ports.

A jointly-funded $1.5 million study announced this week will look at the feasibility of options for improved rail freight connections to the Port of Brisbane from Acacia Ridge.

“Inland Rail will connect our regions with the ports and with the world, boosting our local economy and creating local jobs,” Federal Member for Bonner, Ross Vasta said.

“The Turnbull Government is committed to investing in vital infrastructure projects to ease congestion, increase productivity and generate new opportunities in local communities.”

“This investment shows the Turnbull Government understands the pressures faced by locals and we are determined to ease their burdens, so they can spend more time doing what matters, like spending time with their families rather than stuck in transit.”

Deputy Prime Minister and Minister for Infrastructure and Transport Michael McCormack said freight connections with the Port of Brisbane were critical in supporting south-east Queensland’s continued economic growth and development.

“Infrastructure Australia identified a dedicated rail freight line servicing the Port of Brisbane as a high priority initiative and this is one of the options which will be investigated as part of the study,” Mr McCormack said.

“Inland Rail is a strategic investment in Australia’s infrastructure future and the Port of Brisbane study will examine the possibility of a dedicated freight link from the Port.

“Significant analysis was undertaken as part of the 2015 Inland Rail Business Case which found the existing line could continue to service the port until 2030. The new joint study will now assess a range of immediate and long-term options to ensure freight continues to move efficiently.”

Queensland Minister for Transport and Main Roads Mark Bailey said in addition to the feasibility of improved rail freight connections to the Port, the study would also be looking at demand and existing infrastructure capacity.

“Last year the Queensland Government announced it would fully fund and deliver the Cross River Rail Project and work has already started. Clearly, we need to understand what these projects will mean for the movement of rail freight,” Mr Bailey said.

“I expect that freight flows may change as a result of these network-shaping projects and increased interactions with the suburban passenger network.

“The views of key stakeholders such as the Port of Brisbane, Brisbane City Council, Cross River Rail Delivery Authority, Queensland Rail and the Australian Rail Track Corporation will be sought as part of the study.

“The outcomes of the study will help to inform the need for a future business case and corridor protection, if required.”

Independent specialist advisers will be engaged to undertake the study which is expected to be completed in the next 12 months.