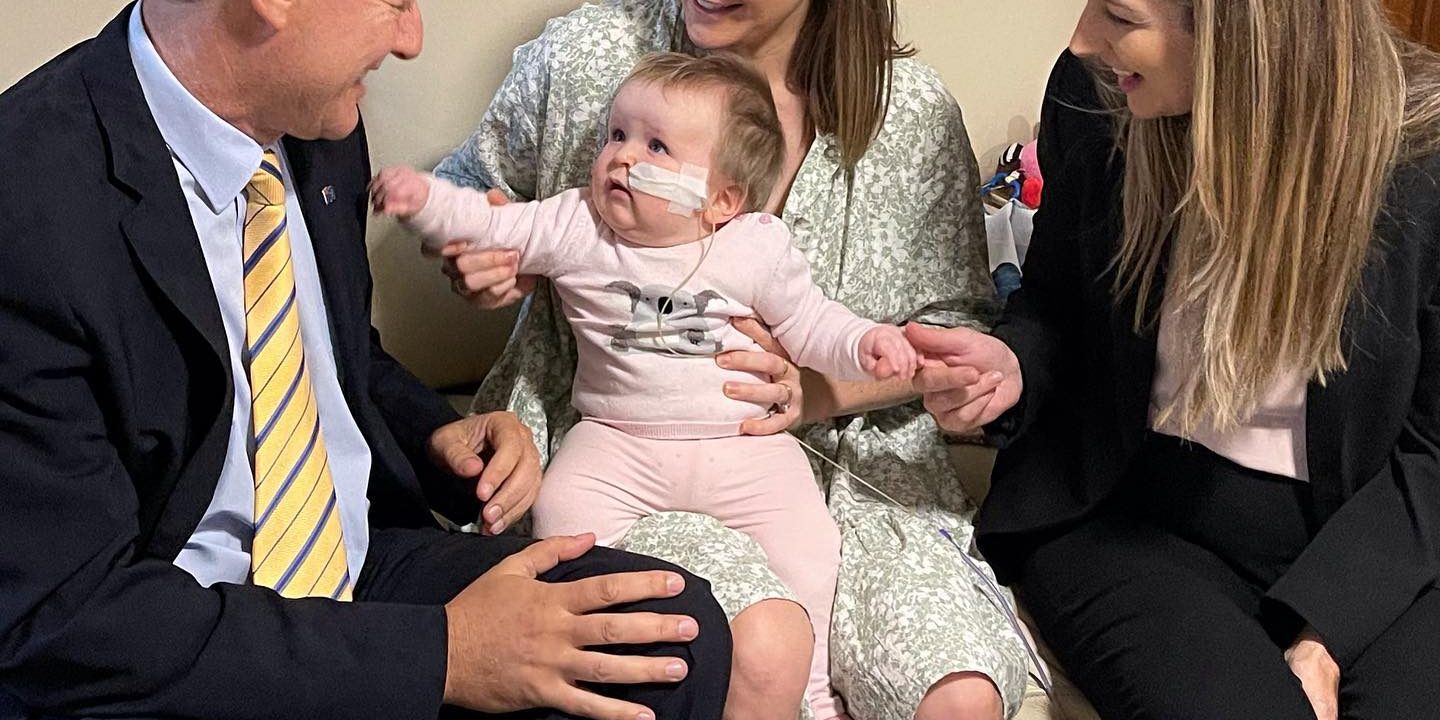 In time for Spinal Muscular Atrophy (SMA) awareness month which fell during August, the Morrison Government put life saving measures in place to support babies living with this disease by listing Evrysdi on the Pharmaceutical Benefits Scheme for the first time.

One in 10,000 births in Australia are affected by SMA and with no known cure, this disease is the number one genetic cause of death of babies under two in Australia.

The Federal government has invested heavily in this space since the 2018 Budget, with the inclusion of a $20 million study into reproductive genetic carrier screening called Mackenzie’s Mission.

Federal Member for Bonner Ross Vasta MP is a strong advocate for bringing awareness to SMA and helping to make a difference to the families in the electorate battling it, just like locals Kate and Grant Gough and their beautiful 10 month old baby, Oakley.

“SMA has been a long and challenging journey for Gough family’s baby Oakley, after being diagnosed at just 8 weeks old. Had Oakley been screened for SMA as part of the Newborn Bloodspot Screening (NBS) and started treatment sooner, her quality of life may be completely different to today,” said Mr Vasta.

“Newborns in New South Wales and ACT are already being screened for SMA as part of a pilot NBS program and just last month Western Australia signed on.

“With Queensland now being one of the few remaining states left to include this disease as part of the program, families are calling on the Queensland State Government to take urgent action as early detection can slow the rapid decline in the health of the child and give them the best chance at a healthy life.

“At approximately $10 per test and with the treatments now available, such as the newly listed drug Evrysdi, there is no reason why it SMA shouldn’t be added.”

“Baby Oakley has recently been able to access Zolgensma, a lifechanging gene therapy drug to treat babies with SMA. After just two weeks of accessing this drug, Oakley rolled over the for first time, lifted her head and has even scored 100% on her physio assessment.

“I’m happy to report precious Oakley is improving every day, but it doesn’t mean her life will be easy. We cannot underestimate the overwhelmingly significant difference access to these kinds of treatments can make to the lives of babies battling SMA and their families.”

Without the Evrysdi PBS subsidy, around 100 Australians a year would be paying more than $123,000 for treatment. Now, it will cost as little as $6.60 with a concession card.

“To now have Evrysdi listed on the PBS, it means new families have access to less invasive treatment options and it may also reduce the frequency of visits to specialists’ hospitals,” said Mr Vasta.

“These treatments are critical in keeping these families together and giving them the quality of life they deserve. No family should have to endure the heartbreak of losing a child to this disease.”

To help give babies born with SMA a chance at a better life, sign the ‘Move For Oakley’ petition which calls on the Queensland State Government to include screening for SMA as part of the Newborn Bloodspot Screening program.