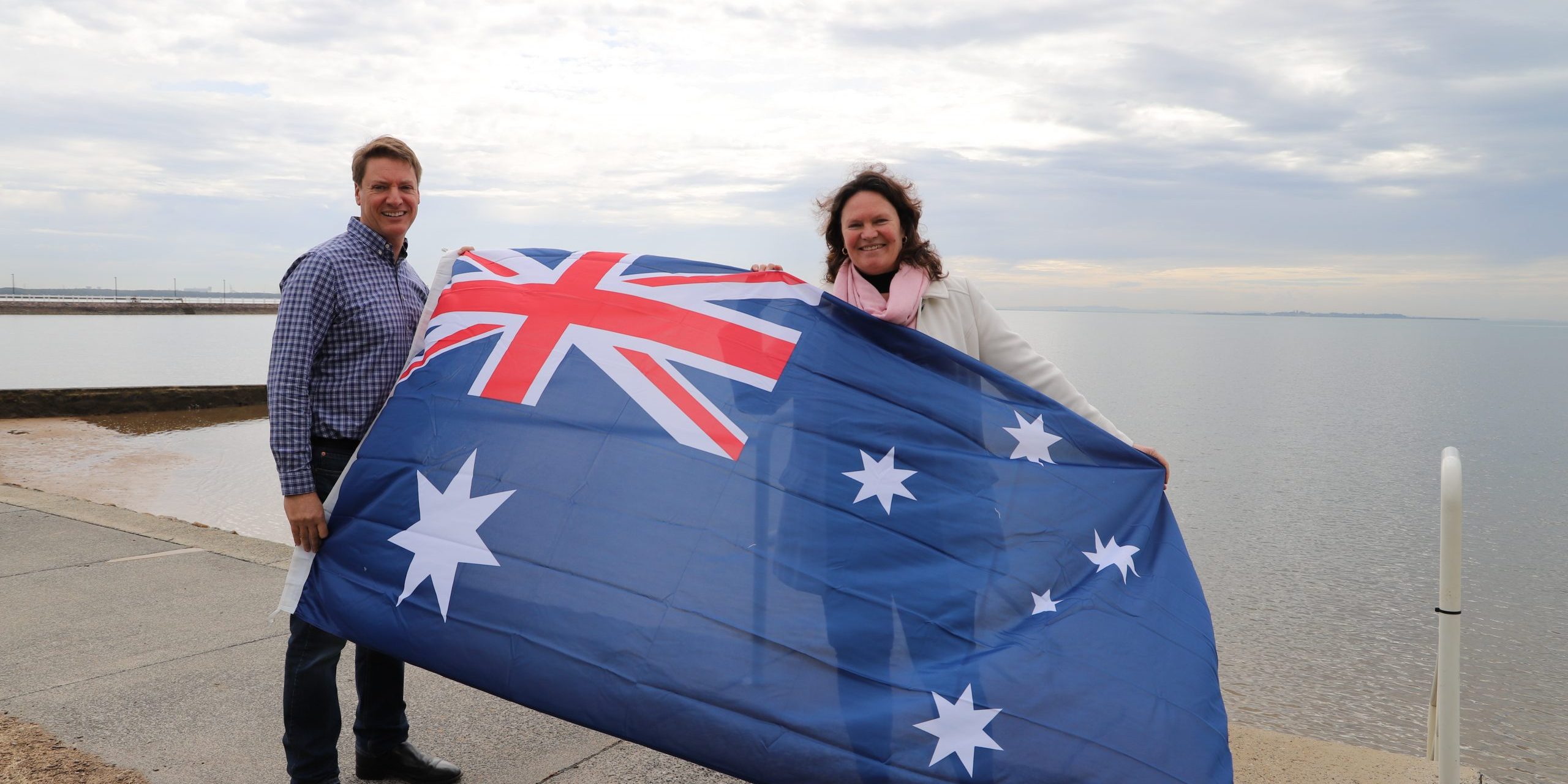 In the lead up to the Tokyo 2020 Olympics, happening up until 8 August, Federal Member for Bonner Ross Vasta MP has been catching up with Australian Olympians and Paralympians in the electorate.

There are a five Olympians competing in the 2020 Olympics who reside in Bonner, including Gymnasts Georgie Godwin, Lidiia Iakovleva, Alexandra Aristoteli, Emily Ellison Abbot along with Footballer Clare Elizabeth Polkinghorne.

Sleeman Sport Complex in Chandler is home to some of the Australian athletes and teams from across the country competing this year.

Visiting the complex last week, Mr Vasta said he was thrilled to meet with diver Cassiel Rousseau as well as four weightlifters training at its Cougars Weightlifting Club including Brandon Wakeling, Erika Yamasaki, Matthew Lydeme, Charisma Amoe-Tarrant; all of whom are making their Olympic debut at Tokyo.

“How incredible it is to have our Australian Olympians training and reaching their personal best right here in Bonner, with teams including Track Cycling, BMX Cycling, Artistic Swimming, Olympic and Paralympic Swimming, Water polo, Diving and Pentathlon,” said Mr Vasta.

“Facilities like Sleeman’s Sport Complex are setting our athletes up for success. In fact, four out of five of the Olympic Weightlifters representing Australia come from Cougars Weightlifting Club.

Following the Tokyo Olympics will be the Tokyo Paralympics happening between 24 August and 5 September.

Ahead of these games, Mr Vasta met with Paralympic Swimmer and Bonner local Rachael Wilson OAM who won gold at the 2016 Rio Paralympics in the 50m freestyle event.

Ms Watson said, “After training incredibly hard over the last five years, I am thrilled the games are going ahead this year. I can’t wait for the opportunity to be with the team in Tokyo and for all my hard work to pay off.”

“It is a privilege to personally congratulate the athletes who are representing our country in Tokyo and when meeting with Rachael, I was even able to present her with an Australian flag to take on her travels,” said Mr Vasta.

Mr Vasta said many of these athletes shared how they were inspired by the achievements of previous Australian Olympians.

“Julie grew up in the electorate in Rochedale. It was fantastic to hear her story and what eventually led her to competing in freestyle events at the Barcelona 1992 and Seoul 1988 Olympics and being the only Australian woman to win a swimming medal in Seoul!” said Mr Vasta.

“She is a true inspiration to young athletes in the electorate, proving that if you have the passion and drive, you can too begin your Olympic journey in your own neighbourhood.”

Passing on a message to this year’s Olympians Mrs McDonald said, “Enjoy the experience, absorb it all, take it all in and keep a journal of all your experiences!”

“Bonner is clearly becoming the place to be for our current and upcoming athletes, and it couldn’t be more exciting to see Brisbane awarded the 2032 Olympics this week,” said Mr Vasta.

“This is a game changer for our young Aussie athletes who get to see where they could be in 10 years’ time.”

You can watch the Olympics live and free in Australia on Channel 7, 7mate, 7two and 7plus, with coverage beginning from 5.30am AEST on weekdays and 6am AEST on weekends.