SHOW YOUR SUPPORT FOR BRISBANE METRO 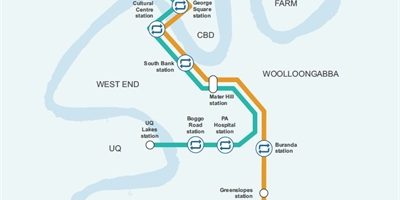 Federal Member for Bonner, Ross Vasta today encouraged locals in his electorate to help make the case for the Brisbane Metro project.

“This public transport project has the potential to bust traffic congestion in Brisbane, which means people will have more time to spend with their families and less time stuck in traffic,” Mr Vasta said.

“Infrastructure Australia has named Brisbane Metro as one of the top six projects on its Infrastructure Priority List. It’s the only public transport project in Queensland to be listed as High Priority.”

“Infrastructure Australia also supports the business case released by Brisbane City Council that shows Brisbane Metro is a value-for-money investment in our public transport network that will provide significant benefits for commuters.”

The Brisbane Metro project will:

• Improve travel times by up to 50% in peak commuter periods;
• Have turn-up-and-go services every three minutes in peak periods;
• Fix critical bottlenecks on the busway; and
• Reduce bus congestion in the CBD and help deliver more bus services in the suburbs.

“Please take a minute to add your support for Brisbane Metro by signing the petition at www.fundthemetro.com.au,” Mr Vasta said.

“Your support will be critical as I and my LNP colleagues fight for this project in Canberra.”