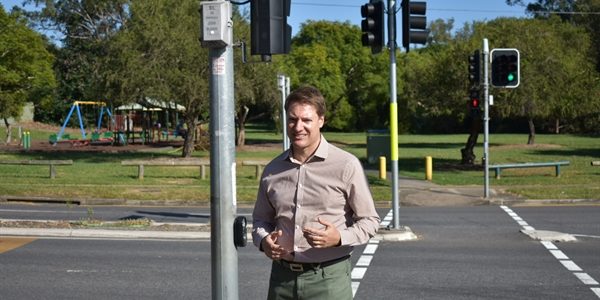 “I’m starting this petition on behalf of local residents and commuters who’ve contacted me about this dangerous intersection,” Mr Vasta said.

“Several people have told me about near misses and crashes they witness at the intersection week after week. Parents who drop off their young children at the school on the corner have a terrible time getting in and out. Paramedics are being called out there far too often. There is a serious issue with people not slowing down when travelling through the area.

“I’ve decided to step in and seek support from all levels of government so everyone can get home to their families quicker and safer.

“I’m asking for the community’s support before someone is killed.”

Mr Vasta said he would be seeking Federal funding to go toward a safety upgrade for the intersection. He said he had recently written to the Lord Mayor to request Brisbane City Council’s assistance in improving the intersection.

Mr Vasta said that, working together, the community and all levels of government could get the intersection fixed once and for all.

“Please sign and share my petition—every signature will help strengthen the case for action to fix this notorious intersection,” Mr Vasta said.

The petition can be signed at http://rossvasta.com.au/CommunityHub/NewnhamRd-WeckerRdIntersectionPetition.aspx.