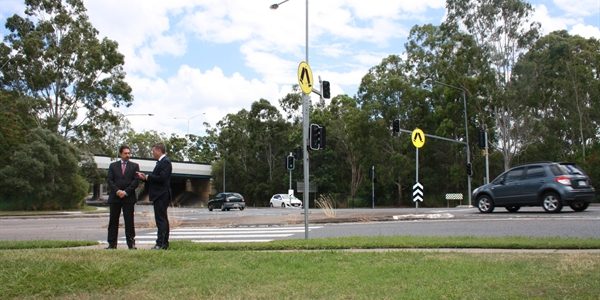 Minister for Major Projects Paul Fletcher said the $1.7 million total cost of the upgrades will be provided through the Australian Government's Black Spot Programme.

“This is another example of the Australian Government's long-term commitment to reducing the risk of crashes and delivering safe, quality roads and highways across the country.

“To deliver safer roads and boost construction activity for economic growth, the Australian Government will almost triple funding to $160 million a year for the Black Spot Programme in 2015–16 and 2016–17.”

“Combined together, these intersections have seen 26 crashes causing injury between 2006 and 2010,” Mr Vasta said.

“Widening works will also allow for new bike lanes to be installed northbound and southbound along Messines Ridge Road, creating a safer environment for cyclists.”

Works will take place from 8pm to 5am, Sunday to Thursday.