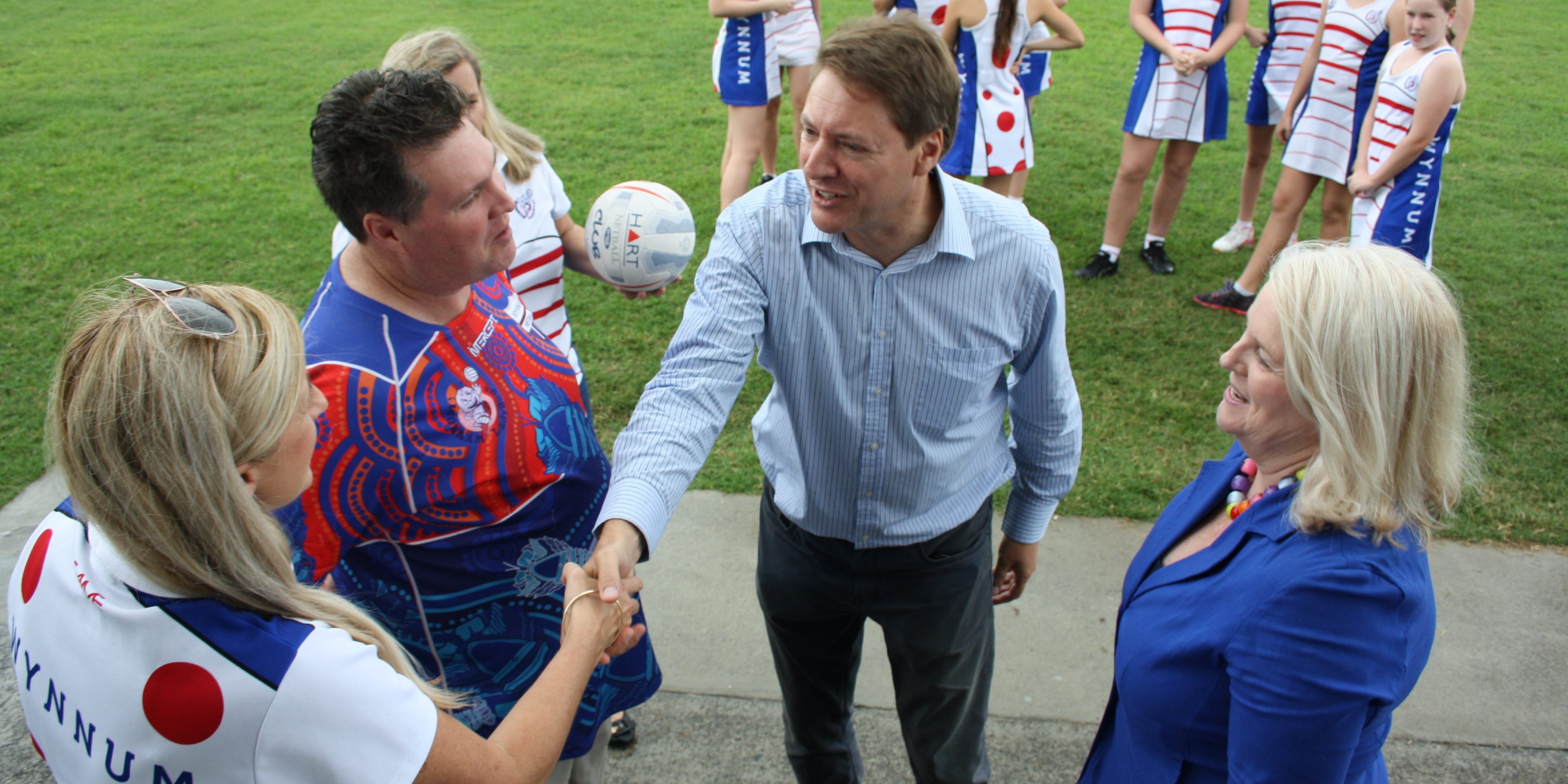 A re-elected Morrison Government will provide $1.8 million to deliver the Bayside’s only freestanding Netball Courts for Wynnum Netball Club.

Federal Member for Bonner, Ross Vasta said building these local courts is a key priority for the LNP because of the significant benefits for the Bayside community and the more than 204 players at the local club.

“In the three years that Wynnum Netball Club has been operational its membership numbers has more than tripled and the Ladybugs continue to grow, however there are no local courts so they have to borrow courts from local schools,” Mr Vasta said.

“Because of the lack of local facilities the club says players often look elsewhere to play and are forced to use facilities that are ill equipped for their needs and travel long distances.”

“The LNP is committed to supporting women in sport and enabling girls from a young age access to the things they need to pursue their sporting interests and this funding commitment adds to our great track record by giving the girls of the bayside what they need to follow their netball dreams.

“By building local courts closer to home families will no longer have to spend lots of money and time travelling long distances, they will now have everything they need in the one place that can service the growing Ladybugs netball club,” MR Vasta said.

Mr Vasta said the funding for the Wynnum Netball Club courts was only possible because of the Morrison Government’s plan for a stronger economy.

“Only the Liberals and Nationals have a proven track record when it comes to managing the Budget,” Mr Vasta said.

“By paying down debt and growing the economy, we can afford to deliver funding for priorities in local communities such as Wynnum Netball Club courts.

“This is all at risk under Labor and Bill Shorten who pose the greatest risk to Australia’s economy in a generation with plans for $387 billion in new taxes on small and family businesses, retirees, housing, income, investments, electricity and cars.

“The surplus guarantees funding for the essential services that you and your family need and rely on,” Mr Vasta said.

“This includes record funding for schools, hospitals, medicines and roads.”